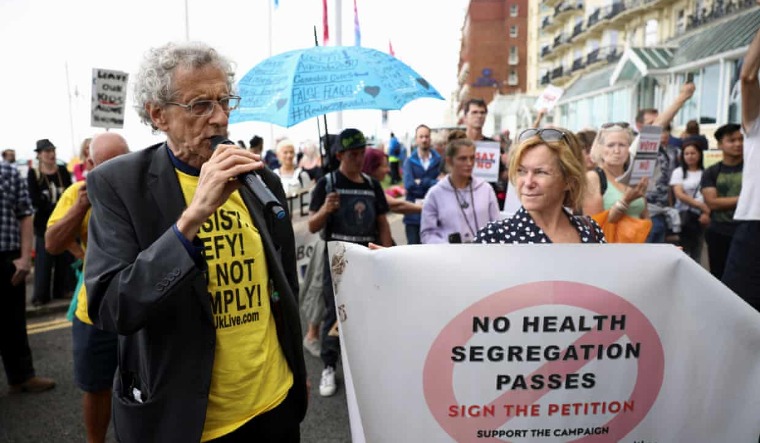 Last week, MPs at Westminster voted to go ahead with Plan B restrictions to keep in check the Omicron variant of the coronavirus. In the video, Piers Corbyn can be heard saying, “We have got to get a list of them – there's lists of them on websites – and if your MP is one of them, go to their offices, and, well, I'd recommend burning them down, I would say, but I dare not say that on air. I hope I'm not on air.”

Patel urged the police to “take the strongest possible action” against Corbyn. Corbyn’s video was shared by several anti-vaxxers on Twitter. The video also sparked fury on the micro-blogging platform. Patel called the video ‘sickening.’

The Boris Johnson government’s Plan B protocol includes the mandatory wearing of masks in indoor public places and needing a COVID-19 pass proving double vaccination or a negative lateral flow test to enter nightclubs or other large venues.