Prince Charles in Barbados to witness birth of a new republic

World's youngest republic to be formed after separating from British monarchy 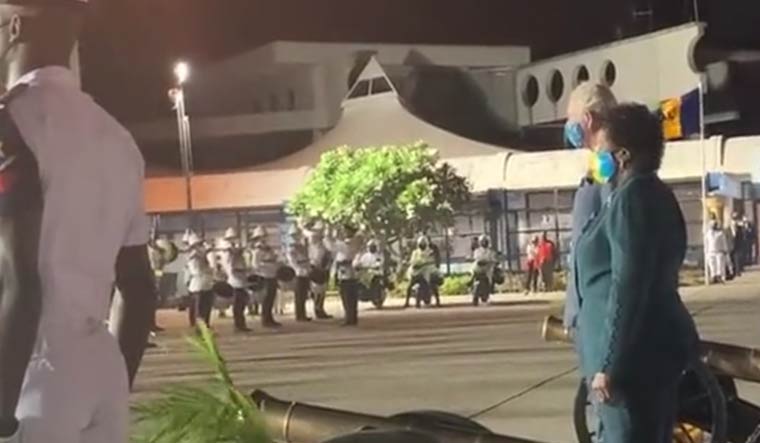 Prince Charles has arrived in Barbados to preside over the end of his mother’s reign in the island nation. At midnight, Barbados—known as the "little England" of the Caribbean—will formally separate from the monarchy by removing Queen Elizabeth II as its ruler, and transitioning into a republic.

Buckingham Palace said it respects the decisionr. Barbados Prime Minister Mia Mottley said it was time for Barbados to “fully leave” its colonial past.

Governor General Dame Sandra Mason had made the announcement in the Throne Speech in 2020.

“Having attained Independence over half a century ago, our country can be in no doubt about its capacity for self-governance. The time has come to fully leave our colonial past behind. Barbadians want a Barbadian Head of State. This is the ultimate statement of confidence in who we are and what we are capable of achieving. Hence, Barbados will take the next logical step toward 12 full sovereignty and become a Republic by the time we celebrate our 55th Anniversary of Independence," she said.

Prince Charles was received by Mason in the last hours of her role as viceroy of the Queen. She was joined in the welcome by Prime Minister Mia Mottley, Foreign Minister Dr Jerome Walcott, Minister of Maritime Affairs Kirk Humphrey and other senior government officials.

At the handover ceremony, Prince Charles will speak on reaffirming the United Kingdom’s friendship with Barbados and the two countries’ common goals and values.

As the head of the Commonwealth of Nations—which Barbados will remain in—he is the successor of the Queen, in a sense. He will also witness the inauguration of Dame Sandra Mason of the country’s first President.

It may be deja vu for Prince Charles, who had also been present at the moment that for many marked the end of British Empire: The handover of Hong Kong to the People’s Republic of China in 1997. Recollecting his flight to the peninsula via club class instead of first class, the Prince of Wales wrote, "Such is the end of Empire, I sighed to myself."

The world’s newest republic plans to become the first to establish a virtual embassy in the so-called “metaverse”. The country’s foreign ministry earlier signed an agreement with Decentraland to establish a digital embassy, and plans a virtual presence in other digital worlds.