US: Epstein accomplice Ghislaine Maxwell's trial to begin on Monday

Epstein killed himself while awaiting trial for sexual abuse, in 2019 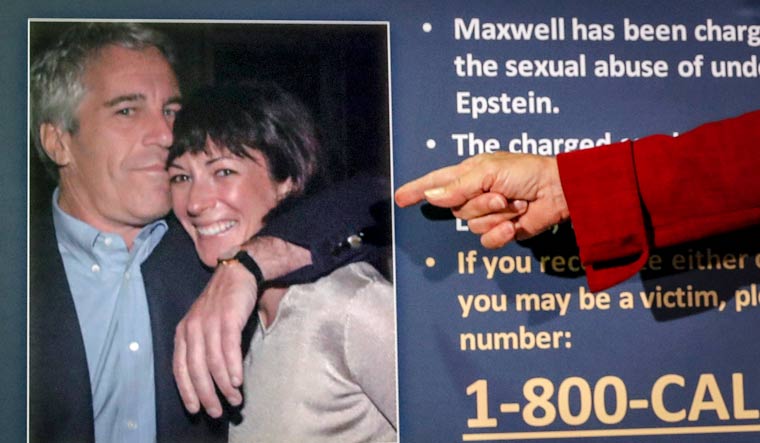 Audrey Strauss, acting U.S. attorney for the Southern District of New York, points to a photo of Jeffrey Epstein and Ghislaine Maxwell during a news conference in New York | AP

Jeffery Epstein's alleged accomplice, Ghislaine Maxwell will begin trial on Monday. Maxwell has been accused of coercing several girls, some of them underage, to engage in sexual activities with Epstein. Epstein would then coerce them into having sexual relations with several of his 'clients'.

Maxwell has also been accused of participating in the abuse of some of these girls. The trial is expected to last six weeks. Maxwell and Epstein are said to have groomed girls as young as 14 and subjected them to sexual abuse between 1994 and 2004.

Epstein killed himself while awaiting trial for sexual abuse in a Manhattan federal jail on 10 August 2019. Maxwell was arrested on 2 July 2020 in New Hampshire. Four main victims are expected to testify against Maxwell.

One of Maxwell's victims has said that she was coerced into giving Epstein massages, which were often sexual in nature, when she was just 14. if convicted, Maxwell could face up to 80 years in prison