Israel distances itself from NSO Group that developed Pegasus spyware 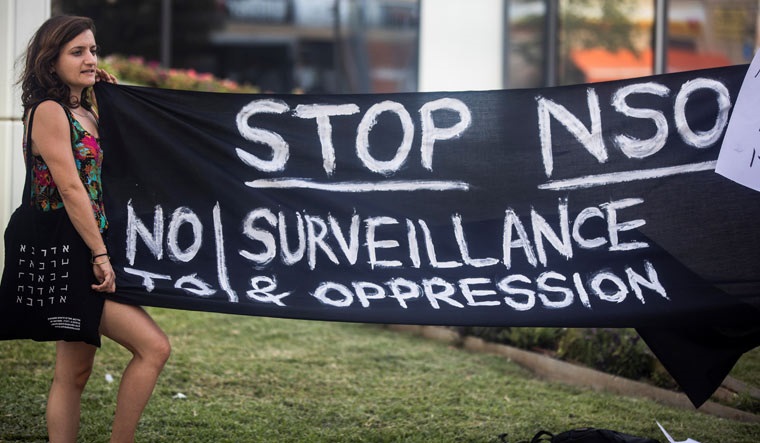 Israel has distanced itself from the controversy triggered by the NSO Group after the US blacklisted the technology firm, which had developed the Pegasus spyware that was allegedly used to target government officials, activists and journalists globally, saying that it is a private company and it has nothing to do with the policies of the Israeli government.

"NSO is a private company, it is not a governmental project and therefore even if it is designated, it has nothing to do with the policies of the Israeli government," Israel's Foreign Minister, Yair Lapid, said at a joint press conference with Prime Minister Naftali Bennett and Finance Minister Avigdor Lieberman at the Prime Minister's Office on Saturday evening.

"I don't think there is another country in the world which has such strict rules according to cyber warfare and that is imposing those rules more than Israel and we will continue to do so," Lapid stressed.

The Israeli Foreign Minister's remarks came after the US on Wednesday sanctioned the Herzliya-based company over alleged misuse of its phone-hacking spyware in countries across the world, including in India.

The US Department of Commerce's Bureau of Industry and Security (BIS) on Wednesday added the NSO Group and Candiru to the Entity List for engaging in activities that are contrary to the national security or foreign policy interests of the United States.

It said in a statement that they were added to the Entity List based on evidence that it developed and supplied spyware to foreign governments that used these tools to maliciously target government officials, journalists, business people, activists, academics and embassy workers.

"These tools have also enabled foreign governments to conduct transnational repression, which is the practice of authoritarian governments targeting dissidents, journalists and activists outside of their sovereign borders to silence dissent. Such practices threaten the rules-based international order," the US commerce department said.

Lapid's comments are the first public remarks by a senior Israeli minister since the US announced the blacklisting on Wednesday.

The top three ministers of the Israeli government were addressing the press after the passing of the budget which was being seen by many as the first major hurdle in front of the fragile coalition, something that would determine the longevity of the formation.

Amid raging controversy worldwide, Israel established a committee in July to review the allegations of misuse of the NSO group's surveillance software and hinted at a possible "review of the whole matter of giving licences".

NSO's chief executive, Shalev Hulio, had then welcomed the move saying would be "very pleased if there were an investigation so that we'd be able to clear our name".

Hulio then claimed that there was an effort to smear the whole Israeli cyber industry.

The NSO head had also emphasised that his company could not disclose the details of its contracts due to issues of confidentiality, but, "he would offer full transparency to any government seeking more details".

"Let any state entity come along, any official from any state, and I'll be prepared to open everything up to them, for them to enter, to dig around from top to bottom," Hulio then said.

Israel's defence ministry had in a statement threatened that if it finds that the NSO Group violated the terms of its export licenses, it will take appropriate action.

The ministry said in July that Israel only permits companies to export cybersecurity products to government figures only for legal purposes and to prevent and investigate crimes and combat terrorism. And this is dependent upon commitments regarding the end use/user from the purchasing country, which must abide by these conditions.

Later, reports of the committee members "raiding" NSO's facilities was widely reported in the media.