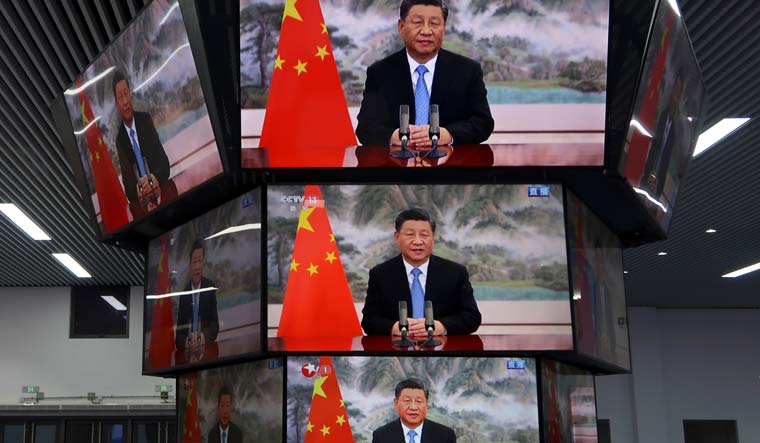 Chinese President Xi Jinping highlighted his country's contribution to the global effort against COVID-19 in a speech on Thursday.

Xi was speaking at the opening of the China International Import Expo in Shanghai. "Since the outbreak of coronavirus, China has exported about 350 billion masks, more than 4 billion pieces of protective clothing, more than 6 billion test kits, and more than 1.6 billion doses of vaccines, actively promoted international cooperation in fighting the epidemic, and supported exemptions for intellectual property rights on vaccines for developing countries,” Xi was quoted as saying by Reuters.

Xi noted China supported the unimpeded trade of key medical supplies such as vaccines. Ever since vaccines for COVID-19 became available, a perception has emerged that the West, led by the US, was seeking to counter China's vaccine diplomacy in poorer countries.

Xi emphasised China was open to negotiation on the issue of subsidies on state-owned firms, a key point of contention with the US. He also declared China would seek cooperation with global organisations such as the UN and WTO. Xi used the speech to announce China would expand imports from other countries and pursue "balanced development of trade" and boost foreign investment in new sectors.