China continues to take incremental, tactical actions to press its claims at the LAC: Pentagon report

India is keen to resolve the ongoing military standoff through dialogue 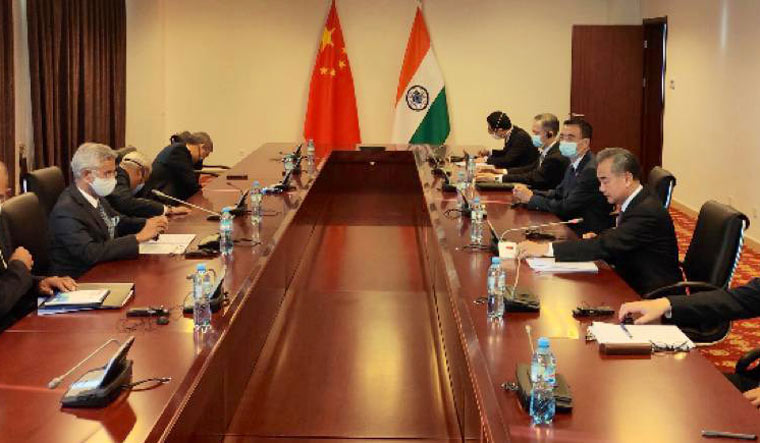 Amidst military and diplomatic negotiations to bring peace on the India-China border, China has continued taking incremental and tactical actions to press its claims at the Line of Actual Control (LAC). This is what a report by the United States Department of Defence (DOD) talks about while stating that the stand-off between India and China at the LAC since May 2020 gave the People’s Liberation Army (PLA) “valuable real-world operational and tactical experience”.

Indian establishment is keen to resolve the ongoing military standoff through dialogue or negotiation, but it is left with no option but to keep large scale deployment of its men and machine on the Himalayan frontiers to counter any 'misadventure' by the Chinese forces. It is going to be the second consecutive winter of massive military deployment for both forces on the icy heights.

South Block, which houses the ministry of defence is looking forward to fixing the next round of military commander's meetings after the last meeting, which took place on October 10, failed to make a breakthrough to defuse the tension between the two nuclear-armed militaries.

The report titled ‘Report on Military and Security Developments Involving the People’s Republic of China – 2021’ claims that China is taking “incremental and tactical actions to press its claims at the Line of Actual Control (LAC)” and mentions 100-home civilian village built by Beijing between the Tibet Autonomous Region and India’s Arunachal Pradesh state in the eastern sector sometime in 2020. A few months back, satellite imaging by Planet Labs has revealed around 100 houses have been built along the river Tsari Chu in the upper Subansiri district in Arunachal Pradesh. The Indian ministry of external affairs (MEA) had then said in response, our (Indian) government too, has stepped up border infrastructure including the construction of roads, bridges etc, which has provided much-needed connectivity to the local population along the border.”

“Sometime in 2020, the PRC built a large 100-home civilian village inside disputed territory between the PRC’s Tibet Autonomous Region and India’s Arunachal Pradesh state in the eastern sector of the LAC. These and other infrastructure development efforts along the India-China (sic) have been a source of consternation in the Indian government and media,” the Pentagon report mentions.

Lt Gen Manoj Pande, Eastern Army Commander of the Indian army, in a recent interaction has stated that villages on the other side of the Indian border are part of China's strategy model and is a matter of 'concern'. It is estimated that since 2017, the Chinese Communist Party (CCP) has been building 628 border defence villages in Tibet along its frontier with India and Bhutan. China has worked on better infrastructure in the area with a dual-use strategy, which means it (infrastructure) can be used both for civilian and military purposes.

And, to counter, Chinese dual strategy, the Indian Army is also working with the Government of Arunachal Pradesh for the development of model villages along the border with Tibet.

Experts believe that it is PLA’s policy to work closely with civilians staying in border areas. "China will now bring more people to settle along the border- to work as the first line of defence," an expert says.

US report further said that asserting that its deployments to the LAC were in response to Indian provocation, Beijing has refused to withdraw any forces until India's forces have withdrawn behind the PRC's version of the LAC and ceased infrastructure improvements in the area.

According to the report, a big part of China's effort to match the strength of a "strong enemy" involves major modernization and reform efforts within China's army. Those efforts include an ongoing effort to achieve "mechanization," which the report describes as the Chinese army's efforts to modernize its weapons and equipment to be networked into a "systems of systems" and to also utilize more advanced technologies suitable for "informed" and "intelligible" warfare.

The report also observes that China was "accelerating the large-scale expansion of its nuclear forces," which it was seeking to modernize and diversify. The report noted that the current number of Chinese warheads is believed to be "in the low-200s," but stated that this number was expected to grow.

A year ago, another report by Pentagon on China had anticipated the country had about 200 deliverable warheads and would double that by 2030.

India-China boundary dispute dates back to 1958 when India discovered Chinese forces have occupied large chunks of inhabited areas of Aksai Chin, which was part of the Ladakh princely state. The Chinese built Aksai Chin Highway which is also called the G219 highway, which led to the origin of the India-China border dispute, for which scores of Special Representatives level meetings failed to resolve it between the two sides. And in 1959, China unilaterally declares an 'extended' Line of Actual Control, which they have been insisting the Indian side accept.

Experts believe that the Chinese side is insecure about its highway G219 after India started developing its infrastructure close to LAC.

Early this week, the Indian Army carried out airborne drills in eastern Ladakh to validate and showcase its rapid response capabilities in high altitudes. Official sources claim that the exercise includes inter-theatre movement of troops and equipment, precision stand-off drops, rapid grouping and the ability to capture designated targets with speed and surprise.