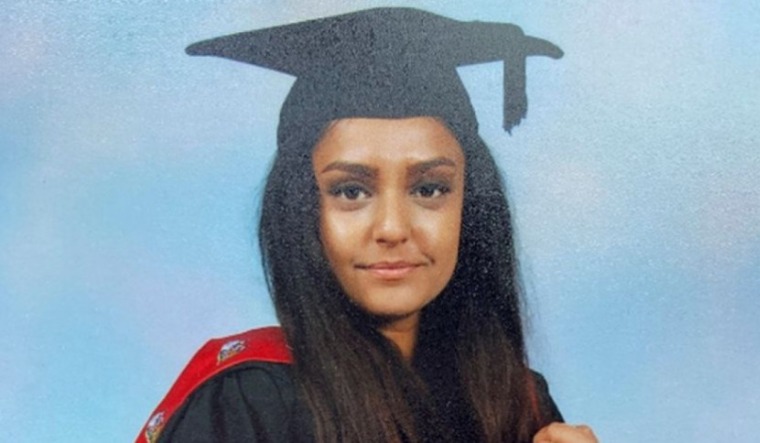 Police have arrested a 38-year-old man on suspicion of killing Sabina Nessa, a primary school teacher found dead in a London park.

Nessa's killing — as she walked to meet a friend a few minutes from her south London home — has renewed concerns that women are not safe on the city's streets. A vigil is due to be held in Nessa's memory on Friday.

Nessa, 28, was found dead in Kidbrooke, southeast London on September 17. Detectives believe she was attacked during what would have been a five-minute walk through a local park to meet a friend at a pub.

Her body was found by a member of the public the next day. Results from a post-mortem examination carried out on Monday were inconclusive.

Late Thursday police said they had arrested a man in a nearby area of London on suspicion of murder. He has not been charged, and his name was not released.

Police also released images of another man they want to speak to as part of the investigation.

Nessa's death came months after the murder of 33-year-old Sarah Everard, who was abducted and killed as she walked home in south London in March. An off-duty police officer has admitted raping and killing her.

Everard's slaying shocked the country and saw thousands take to the streets to denounce violence against women.

London Mayor Sadiq Khan on Thursday described the violence against women as a national 'epidemic' He said more than 180 women have been killed by men across England from March 2020.