Ghani, who is currently in the UAE, said he is in talks ‘to return home’ 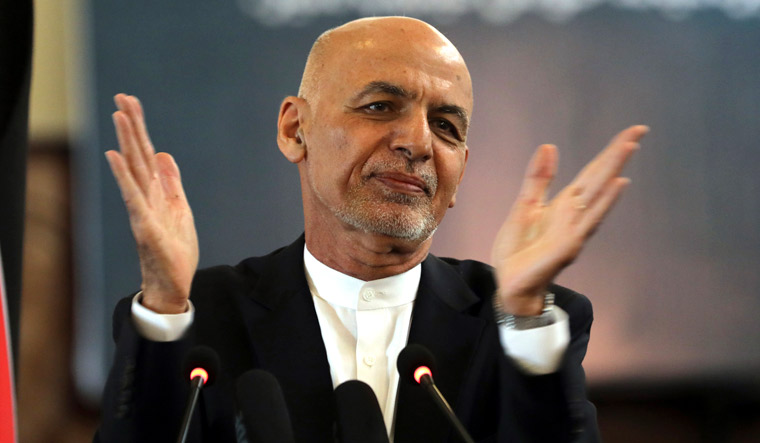 Former Afghan President Ashraf Ghani on Wednesday defended his decision to flee Kabul in the face of the Taliban advance, describing it as the only way to prevent bloodshed. Ghani, who has taken refuge in the United Arab Emirates, released a video on his Facebook page to clear the air and address allegations. He also denied claims by his country’s ambassador to Tajikistan that he had stolen millions of dollars from state funds before he left the country.

Calling the accusations baseless, he said that he was "forced to leave Afghanistan with one set of traditional clothes, a vest and the sandals I was wearing". "I was expelled from Afghanistan in such a way that I didn't even get the chance to take my slippers off my feet and pull on my boots," he added. He reached the UAE "empty-handed", he claimed.

He thanked Afghan security forces in his message, but also said that the “failure of the peace process” led to the Taliban snatching power. He expressed support for talks between senior members of the Taliban movement, Ghani's predecessor Hamid Karzai and Abdullah Abdullah. "I want the success of this process," he said. Without revealing further details, he also said he was “in talks to return" home after seeking refuge in the UAE.

“The UAE ministry of foreign affairs and international cooperation can confirm that the UAE has welcomed President Ashraf Ghani and his family into the country on humanitarian grounds,” a UAE foreign ministry said in a statement on Wednesday.

Heavily armed Taliban insurgents swept Kabul on Sunday after a sudden and unprecedented collapse of the US-backed Ghani government. In his first statement after the Taliban took over Kabul on Sunday, he had said he was faced with a "hard choice" between the "armed Taliban" who wanted to enter the Presidential Palace or "leaving the dear country that I dedicated my life to protecting the past 20 years".

An academic and economist, Ghani (72) was the 14th president of Afghanistan. He was first elected on September 20, 2014 and was re-elected in the September 28, 2019 presidential election.