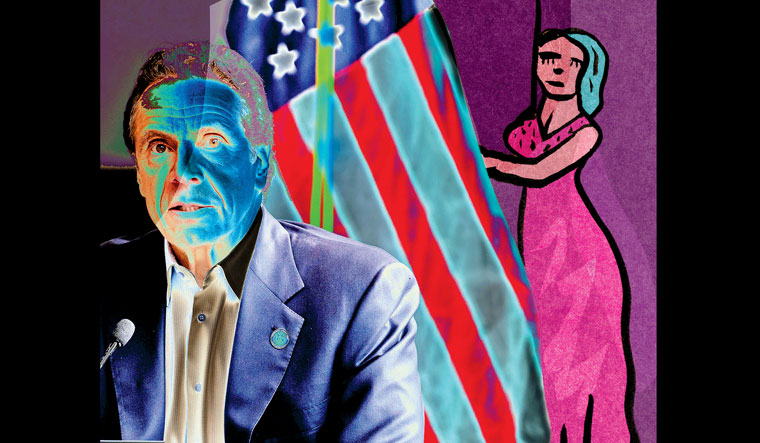 "I think he should resign," Biden told AFP. The report detailing allegations by 11 women against Cuomo painted a "deeply disturbing yet clear" picture of a pattern of abusive behaviour by Cuomo and his senior staff, state Attorney General Letitia James said.

New York State Assembly Speaker Carl Heastie, who in March launched an impeachment investigation against Cuomo said, "It is abundantly clear to me that the Governor has lost the confidence of the Assembly Democratic majority and that he can no longer remain in office. Once we receive all relevant documents and evidence from the Attorney General, we will move expeditiously and look to conclude our impeachment investigation as quickly as possible."

In light of the findings of the investigation, representatives Carolyn Maloney, Jerry Nadler and Alexandria Ocasio-Cortez called for Cuomo’s resignation.

It isn’t clear whether the governor would face ‘criminal charges’.

The nearly five-month investigation, conducted by two outside lawyers who spoke to 179 people, found that the Cuomo administration was a hostile work environment and that it was rife with fear and intimidation.

People interviewed included complainants, current and former members of the executive chamber, State troopers, additional state employees and others who interacted regularly with the governor.

One former aide, Charlotte Bennett, said Cuomo asked if she was open to sex with an older man.

Some suffered through unwanted touching and grabbing of their most intimate body parts. Others suffered through repeated offensive, sexually suggestive, or gender-based comments," Joon Kim, one of the lawyers leading the investigation, said at the press conference.

"A number of them endured both. None of them welcomed it. Cuomo hasn't expressly said why he believes that would make Kim biased.

In the hours leading into James' announcement, Cuomo's office issued numerous press releases including the completion of mixed-use housing in Buffalo plans to build a new $3.9 billion terminal at Kennedy Airport and JetBlue's decision to keep its headquarters in New York. As James was speaking, Cuomo's publicists sent out a release about reclaiming the sites of old power plants.

The attorney general's report is expected to play an important role in an ongoing inquiry in the state Assembly into whether there are grounds for Cuomo to be impeached.

The report also revealed that Cuomo and his senior aides took revengeful action against one former employee for coming forward with her story.