Pegasus scandal: Why would Morocco spy on France? 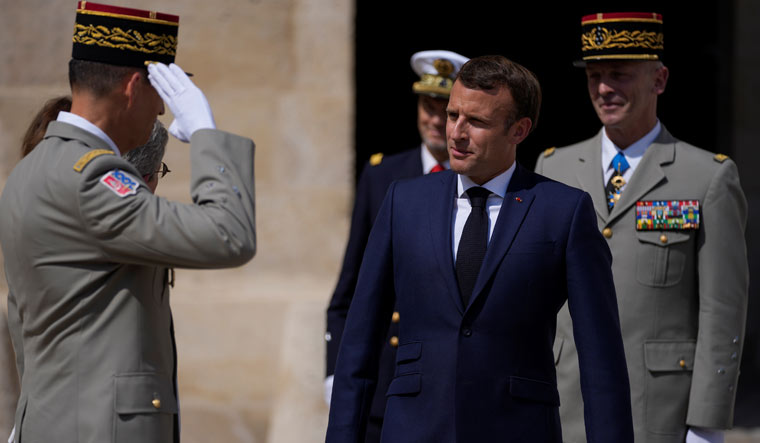 The Pegasus snooping scandal has shaken world politics. While initial media reports on the scandal said the Pegasus spyware was used to monitor journalists and activists, on Tuesday, it was revealed even world leaders had been hacked. The list of heads of government who have been hacked include one king, Mohammed VI (Morocco); three sitting presidents—Emmanuel Macron (France), Barham Salih (Iraq) and Cyril Ramaphosa (South Africa)—and three prime ministers: Imran Khan (Pakistan), Mostafa Madbouly (Egypt) and Saad-Eddine El Othmani (Morocco). Former French prime minister Édouard Philippe (France) had also been under Pegasus surveillance.

French NGO Forbidden Stories and Amnesty International revealed that most of the French politicians and journalists who had been targeted with Pegasus were being monitored at the behest of Morocco's intelligence agencies. The allegations have strained already tenuous ties.

The first exchanges between France and what is now Morocco can be traced back to the 8th century with the Spanish invasion from the Moroccan coast. French-Moroccan political alliances were seen during the Seven Years' War in the 18th Century, which later resulted in the French conquest of Morocco. Following World War II, Morocco became independent in 1956, right after it was secretly partitioned by France and Spain.

The French military and civilian aid to Rabat were unparalleled up until the late 1990s, after which the US started reaching out to the Moroccan military with hardware and equipment to counter Algeria's military strength and the need to keep Al Qaeda and other Islamist groups outside its borders. The Moroccan military was trained to fight with US/NATO forces that specialised in counter-terrorist operations.

Morocco is one of the largest trade partners with the European Union with a European Neighbourhood Policy (ENP) tying up the legalities. This along with the geographical location of Morocco makes it a favourable location for major powers to court. Along with declining political and economic relations with Tunisia and Algeria, France is concerned with the growing influence of Spain and China in Morocco.

Political observers have pointed out that the underlying tension between France and Morocco might have something to do with a much-anticipated high-speed rail project to extend the Casablanca-Tangier rail line from Marrakesh to Agadir. The economic relations between France and Morocco were supposed to have been solidified through this deal; however, China made a counter-bid as part of the Belt and Road Initiative in February 2020. The Chinese bid was valued at half of what Paris had offered The concern was France had heavily invested in the initial building of the rail network and gave Morocco a substantial loan on the €2.1 billion project. The Casablanca-Tangier deal was considered compensation to Paris for Morocco having favoured the purchase of US warplanes.

In 2017, Chinese companies won a project to build Tangier Tech, a commercial hub hosting various Chinese companies. This has been seen as a springboard for China to expand influence into North Africa. France had played a pivotal role in restoring Moroccan influence in the region. Morocco’s role as a key investor in Africa has made it a powerful ally to other countries in the region. Popular support in France for the Rif Movement in Morocco, which involved protests against corruption, and the ongoing conflict in the western Sahara region have also complicated ties between Paris and Rabat. France's liberal policies on offering political asylum have also added to tension with Morocco.