Non vaccinated travellers will need to quarantine for ten days 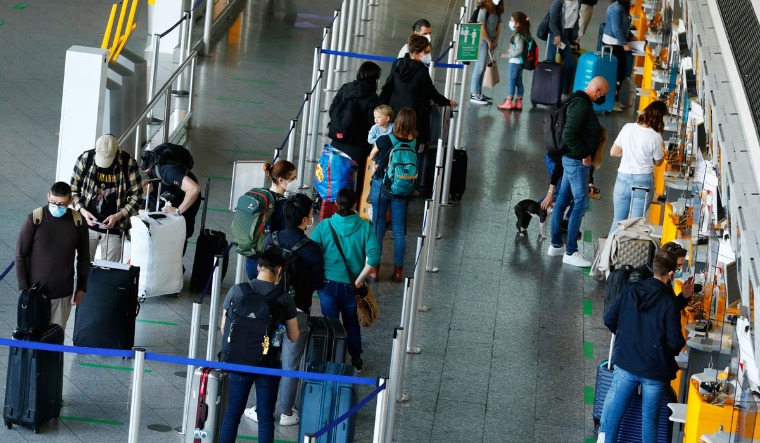 Departing passengers queue at Frankfurt Airport, as the spread of the coronavirus disease (COVID-19) continues in Frankfurt, Germany, April 1, 2021 | Reuters

Germany lifts travel ban on countries hit by the Delta variant including UK, India, Nepal, Russia and Portugal. Germany’s health agency, The Robert Koch Institute said the countries will be reclassified from being listed as virus variant countries to ‘high-incidence areas’ from Wednesday onwards.

Germany had imposed a travel ban to prevent the Delta variant, first detected in India, from spreading rapidly in the country. Last week, Health Minister Jens Spahn said that the Delta variant was fast becoming dominant in Germany, meaning that bans on most travellers from countries hit by that variant may be lifted.

So far, 3.24 crore people in Germany have been fully vaccinated.

The UK too is expected to announce travel plans for its citizens to ‘amber’ or countries designated as a medium risk for COVID-19, without having to quarantine on their return.

Germany Chancellor Angela Merkel told AFP, “We think that in the foreseeable future, those who have received double jabs will... be able to travel again, without having to go into quarantine.”

Countries like Brazil and South Africa, where variants other than Delta are circulating, remain in the variant category.