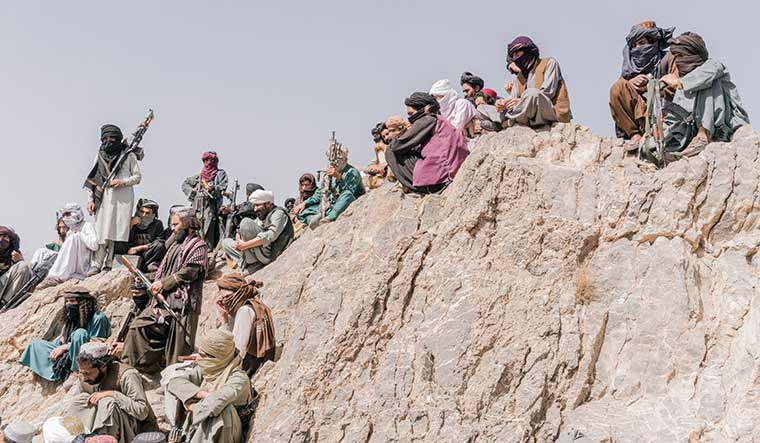 The Taliban have captured Shir Khan Bandar, Afghanistan’s main border crossing with Tajikistan, after just an hour of fighting, an Afghan army official said on Tuesday.

Located in Kunduz province, Sher Khan Bandar is both a border town and dry port. Security forces reportedly abandoned their posts and fled across the border as the Taliban seized the town in what was their most significant gain since US forces began their withdrawal in May.

“Unfortunately this morning and after an hour of fighting the Taliban captured Shir Khan port and the town and all the border check posts with Tajikistan,” a Kunduz provincial council member was reported as saying by AFP.

An army officer told AFP that Afghan forces were forced to abandon their check posts with some of them fleeing across the border into Tajikistan. One soldier said hundreds of Taliban fighters had come to the area.

The Taliban also confirmed their seizure of the crossing.

Tajikistan shared a 1,206 km border with Afghanistan, which largely follows the course of the Amu Darya and Panj rivers. In the initial days of the US invasion of Afghanistan with its allies, Tajikistan was used as a base for airstrikes into the country. In April, the New York Times reported that the US was in talks with the country for using bases in the region.

However, the country’s membership in the Collective Security Treaty Organisation (CSTO) allows Russia veto power on the stationing of foreign troops on its soil.