On June 2, the Worker's Party of Korea appointed a second-in-command to Kim Jong Un 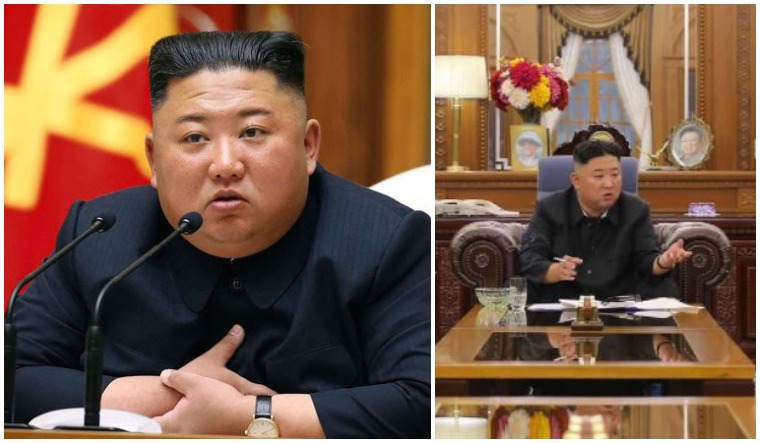 North Korea Supreme Leader Kim Jong Un looked slimmer after he emerged from a lengthy absence last weekend. After not being seen in public for nearly a month, the leader looked thinner than before, giving rise to speculation that the weight loss might be a sign of deteriorating health. In a recent image of the leader published by KCNA, the $12,000 IWC Schaffhausen Portofino watch, the leader is known to wear, appeared to be fastened tighter around his wrist.

This isn’t the first time the leader’s health has been speculated about. The 37-year old leader, last year conspicuously remained out of the limelight for 20 days during which, he missed the birthday celebrations of his late grandfather and state founder Kim Il Sung.

Jong Un, sharing significant responsibilities with his sister Kim Yo-Jong has also lead to speculations regarding his health.

Also, on June 2, the Worker’s Party of Korea revised the party rules, under which a second-in-command to Kim Jong-un was appointed. The second-in-command could attend important meetings in Kim Jong Un’s stead and would take over if the supreme leader dies or becomes incapacitated.

The Seoul-based news site Daily NK reported that Jong Un had undergone a “cardiovascular surgical procedure,”—when he had been absent from the public eye in 2020-- and when he finally emerged, NK News cited a mark on his wrist as possible evidence to support the theory.