For the first time ever, an Arab party will be part of the ruling coalition in Israel 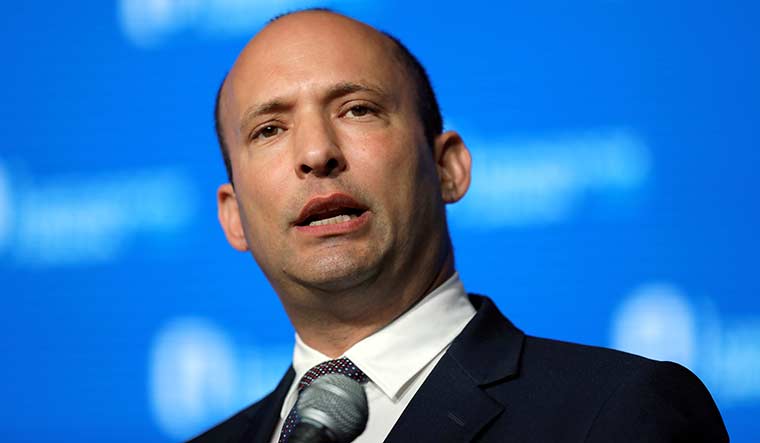 Israeli Prime Minister Benjamin Netanyahu said the eight-party coalition government formed is the result of “the greatest election fraud” in the history of democracy. PM Netanyahu, who is caught up in a court battle over charges of corruption was addressing the parliament when he said the new government will not be able to form a consensus on key national issues, Reuters reported.

"This left-wing government is a government that will not be able to stand on the small and big things that are a part of the nation-state and are promising its future in front of huge pressures of freeze, displacement, of the division of Jerusalem, to rip the negev (desert in Hebrew) from the state and to stop Iran from arming itself with a nuclear weapon,” Netanyahu said. "The time is late, not too late. I call on you to do the right thing and vote against the left-wing government. And anyway, I want to promise that, my friends and I in the Lukid party will vehemently oppose the establishment of this government of fraud and this dangerous one and if God forbid, it is established, we will overthrow it very quickly,” he added.

Netanyahu’s Likud party did not win majority seats in the Knesset, in the elections that took place on March 21. Under the coalition between Naftali Bennett, head of Yamina party and Yair Lapid, head of  Yesh Atid party would take turns in being premier of Israel. The Yamina party holds 7 seats in the Knesset, while Yesh Atid holds 13 seats. Other parties that are part of the coalition also includes the Blue and White party led by Benny Gantz.

The parties reached an agreement to form a government that would oust Netanyahu on June 2.

The coalition also has the support of Ra’am, an Arab party, that will be part of the ruling coalition for the first time.

"We know that Netanyahu is pressuring you to delay the vote, to postpone, to withdraw, in order to give more time to the hunt for defectors," Bennett said.