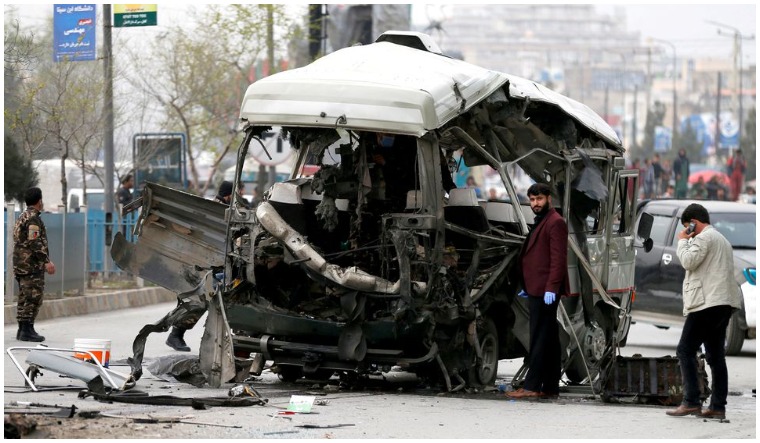 Four people were killed and 11 injured when a roadside bomb hit a minibus. The bus was carrying lecturers and students, who were being transferred to the Alberoni University in the Kapisa province from Parvan province.

According to the spokesperson of Interior ministry Tariq Araian, the attack took place in Charikar, the capital of Parvan province. Officials have said that at least two of the killed were lecturers at the Alberoni University. Among the wounded were the dean of the university and some students.

Some of the wounded were in critical condition, AFP reported.

No group claimed responsibility for the attack and the Taliban denied involvement.

The attack comes after the Taliban on Wednesday, warned Afghanistan’s neighbours against allowing the United States to operate military bases on their soil.

The remaining 2,500 to 3,500 US troops officially began leaving the country weeks ago. The US troops will fully pull out of the country by September 11.

Large areas in Afghanistan have been littered with bombs and landmines, aiming to take out military convoys, but they often end up killing civilians.

Saturday’s attack comes weeks after the remaining 2,500 to 3,500 US troops officially began leaving the country. As per an agreement the Taliban and the US came to in 2020, the US troops will pull out of the country and in return, the Taliban has promised it will ensure that Afghanistan will no longer be allowed to be used as a base for jihadist groups like Al Qaeda or Islamic State.