Since the coup, more than 3,100 people have been detained 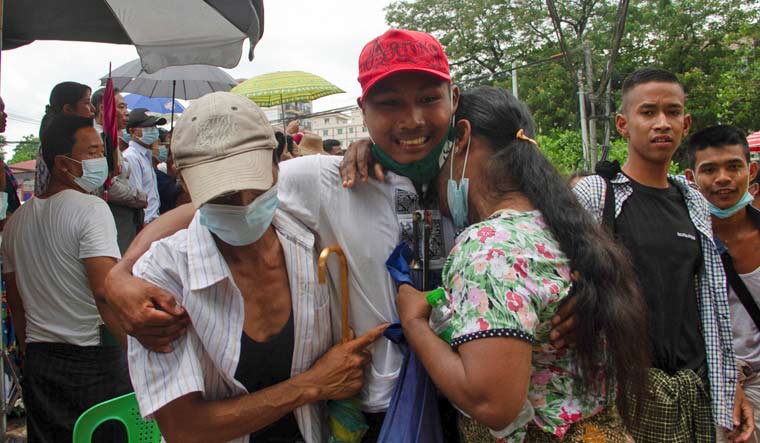 The Myanmar junta plans to release over 23,000 prisoners to mark the traditional Buddhist New Year holiday. Myanmar's government grants pardon to thousands of prisoners each year, which usually have been joyous affairs.

This year, pardons are being granted amidst escalating bloodshed following the military coup on February 1. It isn't clear whether those detained in wake of the coup are included among those being pardoned. Those pardoned include 137 foreigners, who will be deported from Myanmar.

A prison official told AFP, "We will release more than 800 prisoners from Insein prison" in commercial hub Yangon.

Since the coup, more than 3,100 people have been detained. Clashes between the protestors and military forces, so far, have killed at least 726 people.

On February 12, the military junta released over 23,000 people. There were reports on social media, that the freed prisoners were recruited by authorities to create chaos in communities and spread panic in residential areas. Some rights groups have also said the move was to free up space for opponents of the military.