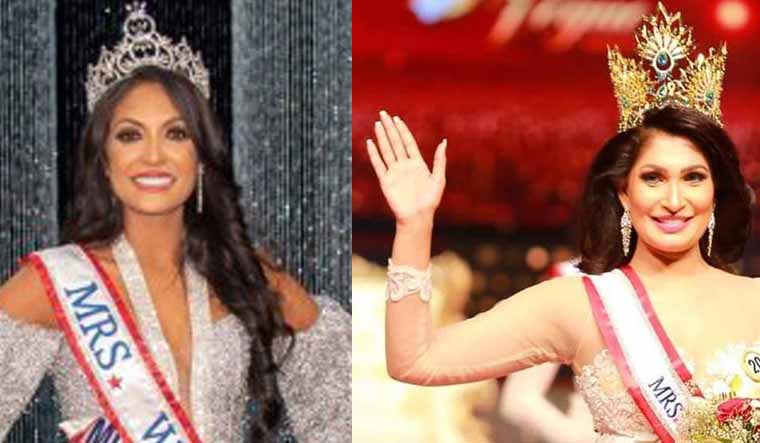 Incumbent Mrs World Caroline Jurie was arrested by the Sri Lankan police on Thursday, after she, in a televised broadcast on Sunday, “stole” the crown off the head of Pushpika De Silva, who was declared the winner of Sri Lanka’s national-level leg of the competition.

After the organisers of the pageant announced they would proceed with legal action against Jurie, police on Thursday arrested the reigning Mrs World on charge of assault.

(3) She proceeded to strip the crown off Pushpika and announced the Second Runner Up as the Winner of the pageant. #MrsSriLanka #MrsWorld #Colombo #SriLanka pic.twitter.com/JkM3RBm4J0

On Tuesday, they questioned both Jurie and chief organiser of the Mrs Sri Lanka pageant Chandimal Jayasinghe, who told the BBC earlier: "We are disappointed. It was a disgrace how Caroline Jurie behaved on the stage and the Mrs World organisation has already begun an investigation on the matter."

The organisers have said they expect a public apology from Jurie.

Jurie had on Sunday pulled the crown off De Silva’s head claiming that she could not hold the title as she was divorced. Mrs World is a beauty pageant made exclusively for married women. However, De Silva says she is separated from her husband and not divorced.

Addressing the audience on Sunday, Jurie said, “There is a rule that prevents women who have already been married and are divorced, so I am taking steps to make the crown go to second place," before yanking the crown of De Silva’s head and bequeathing it a runner-up, prompting De Silva to walk off stage.

De Silva went on to allege that she suffered head injuries due to the force with which Jurie took the crown from her. In a Facebook post, she said she went to hospital to get treated for her injuries after the incident, and asserted that she was not a divorcee. “Finally, I say a true queen is not a woman who snatches another woman's crown, but a woman who secretly sets another woman's crown” she said.