Zacharias, who was born in Chennai in 1946, died of cancer last year 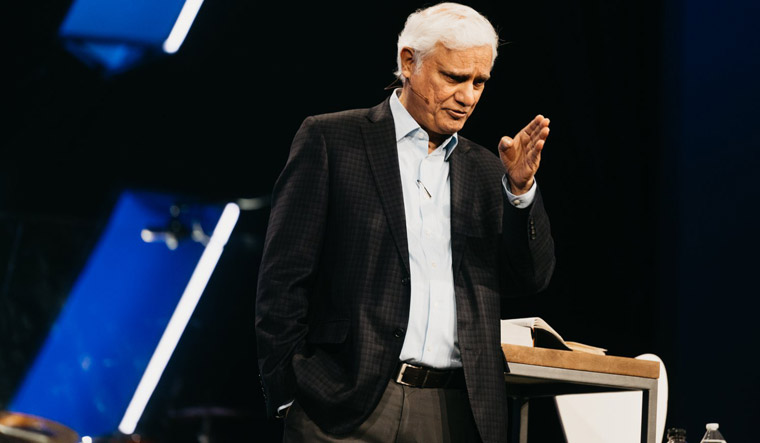 In December last year, Evangelical Christians across the world were shocked when an investigation of Christian preacher Ravi Zacharias revealed preliminary evidence of sexual misconduct by him.

Zacharias, who was born in Chennai in 1946, died of cancer last year. Zacharias was arguably the most famous Christian 'apologist' in recent decades, who presented philosophical and logical arguments to defend Christian beliefs.

The evidence of allegations emerged during an investigation by a law firm that was commissioned by Ravi Zacharias International Ministries, the organisation he had started.

On Thursday, RZIM issued a statement, noting that the investigation by the law firm, Miller & Martin PLLC, had been completed. RZIM noted Miller & Martin had unearthed considerable evidence of sexual malpractices by Ravi Zacharias.

RZIM also attached a copy of the report from Miller & Martin. Here is a brief summary of the various findings of the report:

"Some therapists reported even more serious and sustained sexual assaults that evolved over time," the report said, adding Zacharias attempted to touch them inappropriately.

The report claims RZIM staff were unhappy with Ravi Zacharias' s frequent travels accompanied by a massage therapist. It notes one staff member who objected to the practice was cold-shouldered by Zacharias.

The report notes that Ravi Zacharias owned two apartments in Bangkok, where he frequently travelled. "...Mr. Zacharias travelled alone to Bangkok and other parts of Southeast Asia for substantial periods of time. RZIM staff described these as writing trips where he would work on his latest book. On such trips, he would stay for days and sometimes weeks alone. According to a text message to a Thai masseuse in February 2016, he spent his days writing and his nights receiving massage treatments."

The Miller & Martin report claims "only one of the witnesses" it interviewed said Ravi Zacharias engaged in sexual intercourse with her. The witnessed "reported details of many encounters over a period of years that she described as rape".

The report claims Zacharias used the witness's faith to exploit her. "This witness told us that their relationship began as a normal massage therapist-client relationship, and she came to think of him as a father figure. He elicited information about her faith and her financial situation. She reported that after he arranged for the ministry to provide her with financial support, he required sex from her," the report said.

Zacharias allegedly even used examples from the Bible to get the witness to yield to him. "She reported that he made her pray with him to thank God for the 'opportunity' they both received. She said he

called her his 'reward' for living a life of service to God, and he referenced the 'godly men' in the Bible with more than one wife. She said he warned her not ever to speak out against him or she would be responsible for the 'millions of souls' whose salvation would be lost if his reputation was damaged,” the report stated.

Communications with women and photos

Ravi Zacharias was renowned for being a counsellor, who addressed people's questions and concerns about faith and life questions. However, in addition to these routine communications, the report found Ravi Zacharias engaged in intimate communications with a number of women across the world.

In addition to these communications, “Mr. Zacharias’s phones contained over 200 photographs of women much younger than him..." the report said. One set of pictures of a salon employee in Malaysia contained nude images.

"Two other women told us that Mr. Zacharias asked for nude photographs, which they refused to provide," the report claimed.

In 2017, Ravi Zacharias and RZIM were rocked by a scandal when a Canadian woman, Lori Anne Thompson, accused him of engaging in sexually explicit conversations with her. Zacharias sued Thompson and her husband and in late 2017, the two parties reached a confidentiality agreement.

The Miller & Martin report noted that RZIM staff were "not satisfied" with Ravi Zacharias's explanations about the allegations raised by Lori Anne Thompson.

The report noted "we found significant evidence on Mr. Zacharias’s electronic devices that are probative of her allegations..." RZIM also acknowledged Lori Anne Thompson had told the truth. "We believe Lori Anne Thompson has told the truth about the nature of her relationship with Ravi Zacharias. It is with profound grief that we recognize that because we did not believe the Thompsons and both privately and publicly perpetuated a false narrative, they were slandered for years and their suffering was greatly prolonged and intensified," the RZIM statement said.