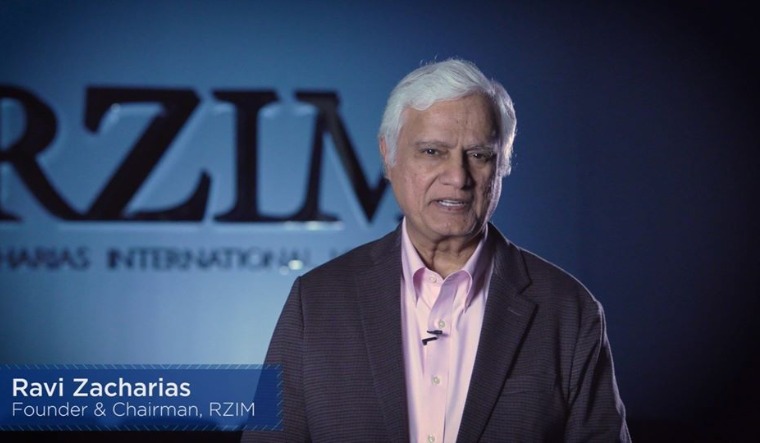 Ravi Zacharias, a popular Christian apologist who worked to defend the intellectual basis for Evangelical Christianity, died of cancer at his home in Atlanta early on Tuesday. Zacharias was 74.

Zacharias was born Frederick Antony Ravi Kumar Zacharias in Chennai in 1946 and later moved to Delhi with his family. His father was a civil service official. According to an obituary on his website, Ravi Zacharias’s “paternal great-grandfather and grandfather produced the 20th century’s first Malayalam-English dictionary”.

An avowed atheist in his teenage years, Ravi Zacharias attempted suicide at the age of 17. He claimed he became a devout Christian when he was hospitalised after this suicide attempt in Delhi. Zacharias moved to Canada in 1966 and he studied theology in seminaries in Canada and the US.

Zacharias started his preaching work during the Vietnam War, meeting US soldiers and imprisoned Viet Cong fighters. Zacharias founded his organisation, Ravi Zacharias International Ministries, in 1984. According to the RZIM website, Zacharias "authored or edited over 25 books in the fields of theology, apologetics, comparative religion and philosophy". He preached in over 70 countries.

Over the decades, Zacharias worked as a Christian apologist, lecturing to laypersons and college students. Christianity Today described the work of Ravi Zacharias and RZIM as being "focused on apologetic arguments for the existence of God and the reasonableness of Christianity".

Ravi Zacharias was diagnosed with cancer of the sacrum during a back surgery earlier this year.