Trump unhappy with his lawyers at impeachment trial 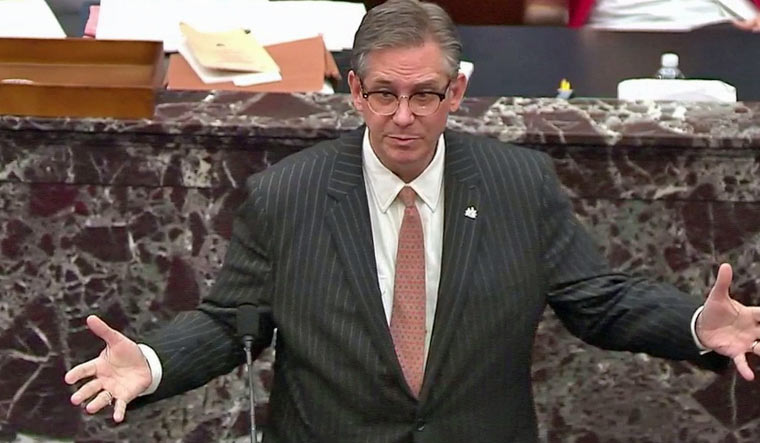 Former US president Donald Trump's second impeachment trial began with a jarring video of the riots at Capitol Hill on January 6. While Republicans had been opposing holding the trial, Senators, have, on the whole, agreed to consider the case.

Trump has been charged with inciting crowds to storm Capitol Hill, an attack that had lawmakers hide from potential harm.

Sources have told CNN that Trump almost screaming at attorney Bruce Castor's opening statement and that his allies were furious at the lawyers for swapping speaking slots at the last minute.

"The American people just spoke, and they just changed administrations,” Castor said, adding that Americans are "smart enough to pick a new administration if they don't like the old one, and they just did," he added. Election officials across the country and former Attorney General William Barr had said that there was no evidence that the election was fraudulent. Trump's team had put forth several legal challenges to the election, but, they were dismissed.

Trump, after his lawyers parted ways with him, appointed two defence attorneys David Schoen and Bruce Castor ten days before the trial began.

The lead lawyer for the trial Bruce Castor said members of the former President’s defence team would do anything but condemn the violence of the “repugnant” attack on the Capitol.

Trump's defence attorneys urged Senators to remain 'cool-headed' as they assess arguments. Castor started by praising the Senate, lawmakers from his home state of Pennsylvania and said that the Senate shouldn't be holding the trial as Trump is being impeached after he has left the White House.

"Castor and Schoen must be the most incompetent legal representation of any modern president, incumbent or otherwise," tweeted Michael Beschloss, a historian of the presidency. Castor also said Trump's behaviour was more in line with manslaughter than with murder.

Republican Senator John Cornyn said about Castor, "I've seen a lot of lawyers and a lot of arguments and that was not one of the finest I've seen."

A Republican Bill Cassidy tweeted, "The House managers had much stronger constitutional arguments. The president's team did not," he tweeted.

While filing their defence ahead of the trial, Trump's lawyers argued that while inciting the mob that attacked Capitol Hill, the president was merely exercising his First Amendment rights of free speech.

The substantive opening arguments are set to begin at noon on Wednesday.

Democratic Representative of Maryland Jamin Raskin said of the attack on the Capitol, “That's a high crime and misdemeanour,” AP reported. “If that's not an impeachable offence, then there's no such thing,” Raskin added.

Security has been extremely tight following the attack. The Capitol has been fenced off with razor wire with armed National Guard troops on patrol. President Joe Biden would not be watching Trump's trial, said the White House Press Secretary Jen Psaki.

The purpose of the impeachment, according to Democrats is that it would signal all future presidents that they would be held responsible for any abuse of power towards the end of their term.

Trump, who consistently maintained that the results of the election were fraudulent stepped away from several traditions including calling successor Joe Biden congratulating him and skipping the inauguration. He did, however, keep with the tradition of leaving a personal note for Biden.