If convicted, Trump would be banned from running for office 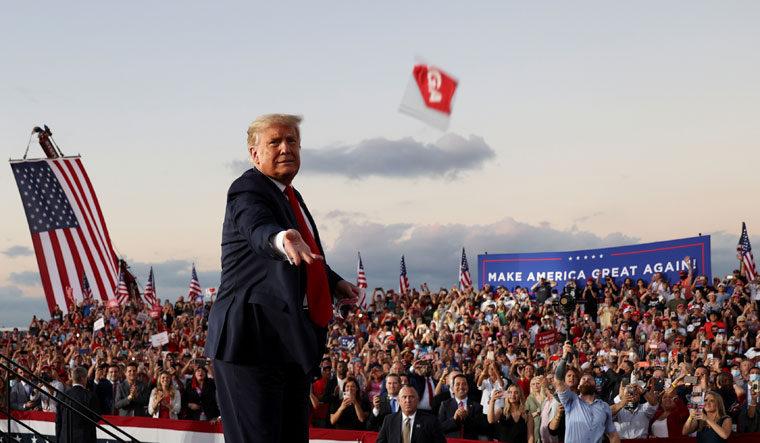 Ahead of Donald Trump's second impeachment trial, Republicans in the Senate back the former president. They are calling the second impeachment a waste of time. Trump is being tried on charges of inciting riots at Capitol Hill. Trump protestors stormed the Capitol on January 6; five people lost their lives in the incident. The protestors were demanding that the electoral college overturn results of the elections. Former-president Trump until the first week of January had been calling the election results fraudulent.

While chances of Trump being convicted seem slim, if convicted, he would be banned from running for office. When Trump was impeached in January 2020, it was on charges of abuse of power and obstruction of Congress. Trump did not cooperate when he and his aides were questioned for colluding with Russian intelligence to sway 2016 election results in his favour. In August 2020, there emerged proof that Trump indeed had colluded with Russia.

On January 13, House Speaker Nancy Pelosi named Congressman Jamie Raskin to be the lead manager in Trump's impeachment trial. Senator Mitch McConnell on January 21 had asked for the impeachment trial to be pushed to February, so that the former president may have a chance to prepare a defence in his favour.

On February 1, Trump announced David Schoen and Bruce Castor to be lawyers defending him at the upcoming impeachment trial at the Senate. Trump’s prior lawyers abruptly parted ways with him on Saturday, after Trump insisted that he was a victim of election fraud. The impeachment trial is scheduled to begin on Tuesday. Trump would the first president to face an impeachment trial after he has departed the White House.

Details of the trial proceedings are still being negotiated by the Senate leaders. While Democrats have argued that the trial is not just about winning the conviction but holding Trump accountable for his actions, Republicans have argued that the proceedings are a farce. The trial will test Republicans loyalty towards the former president. There are a few Republican lawmakers who feel that Trump should be held accountable for his actions that led to the riots at Capitol Hill including Mitch McConnell and Senator Lindsey Graham.