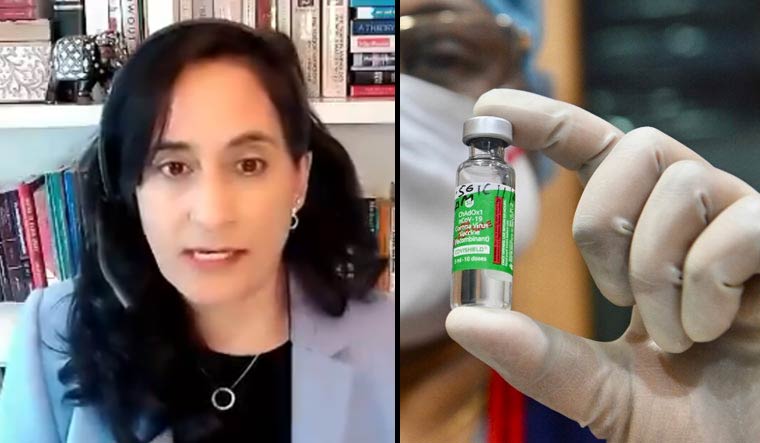 A video clip has gone viral, of an opposition minister in Canada asking the health minister if Indian Prime Minister Narendra Modi was reached out to as part of Canada’s efforts to secure doses of a COVID-19 vaccine for its citizens.

Shadow Health Minister Michelle Rempel Garner asked the Minister of Public Services and Procurement Anita Anand, “Has the minister or prime minister phoned Prime Minister Modi to ask if we could get vaccines from India?”

The Minister said she was "scouring the globe to find vaccines". I asked if she or Trudeau had called @narendramodi. Nope. pic.twitter.com/ExGCUStn1B

Anand replied saying, “I am in regular communication with organisations and countries around the world to secure doses of additional vaccines.”

When pressed again on whether she had personally phoned PM Modi, Anand said she had not, but that she could speak for anyone else in government. On being questioned further, she said she did not know if Prime Minister Justin Trudeau had reached out to the Indian government.

Garner went on to tweet, “The minister said she was ‘scouring the globe to find vaccines.’ I asked if she or Trudeau had called @narendramodi. Nope.”

She has been an outspoken critic of Canada's vaccine-procurement, noting that countries like the US and UK are vaccinating far more people than Canada.

Both the UK and Canada were in the same situation about ten months ago re potential to get vaccines. So why does the UK have vaccines right now but Canada doesn't? @brianlilley breaks it down here: https://t.co/cyaezTNl3Q

Trudeau’s comments on India’s farmers protests had raised hackles in the Ministry of External Affairs, and the viral video is the latest incident to raise questions about whether Canada’s stance on the farmers’ protest is affecting its ability to procure vaccines from India.

When asked about the protests in India, Trudeau in December said the situation was very concerning. “All of us are worried about family and friends, and this is a reality for many. Let me remind you. Canada will always defend the rights of peaceful protesters. We have intimated our concerns to the Indian authorities,” he said.

India deemed his comments “ill-informed” with the MEA saying such comments were “unwarranted” especially when pertaining to the internal affairs of a democratic country. The Canadian High Commissioner was later summoned and told that such “unacceptable interference” in India’s internal matters would affect the bilateral relationship.

The backlash against India’s handling of the farmers protests—with at least dozens of protesters having died since the start of agitations in November 2020—had seen the Sikh community in Canada mobilise to raise awareness of the issue. There are roughly 5 lakh members of the Sikh community in Canada, making up 1.4 per cent of the population. Indian intelligence agencies in turn allege that banned pro-Khalistani outfits are orchestrating anti-India protests across the world.

There are 22 Members of Parliament of Indian-origin in the Canadian House of Commons.

When Trudeau visited India in 2018, the result was a diplomatic disaster, with allegations that he had been “snubbed” by the Indian government after a Khalistani separatist was invited to dine with Trudeau at the Canadian High Commissioner’s residence (an invite that was later withdrawn).

Worries that Trudeau’s outspoken nature on foreign affairs and the resultant chill in relations with India have abounded as Canada, along with many other countries battling the coronavirus pandemic, looks to India as the world’s largest vaccine producer for relief. However, the MEA on January 28 included Canada in the list of countries likely to get commercial supplies of a coronavirus vaccine. " Further supplies on a commercial basis are likely to take place to Saudi Arabia, South Africa, Canada, Mongolia and other countries," MEA spokesperson Anurag Srivastava had said.

Anand, however, has said that Canada is contractually obliged to keep the details of its vaccines contracts with other countries and pharmaceutical companies private.