‘If I understand it correctly, I am French,’ he said 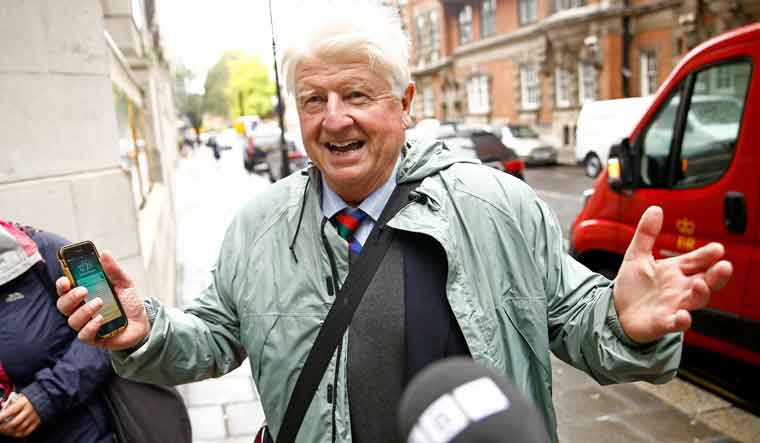 On the day the United Kingdom’s exit from the European Union finalised, British PM Boris Johnson’s father Stanley Johnson said he is in the process of applying for a French passport. The former member of European parliament told RTL radio he wanted to become a French citizen because of strong family ties to France.

“If I understand it correctly, I am French. My mother was born in France, her mother was totally French as was her grandfather. So for me, it is about reclaiming what I already have. And that makes me very happy,” said the 80-year-old Johnson, who was speaking in French. If his application is accepted, he would hold dual citizenship, which would give him some advantages in terms of travel.

"I will always be European, that's for sure. One cannot tell the English people: 'You're not European'," Johnson told RTL. His son Boris, on the other hand, has been vocal about why Britain must leave the EU and said, Britain can “prosper mightily” as a fully sovereign nation independently of what he views as an overly bureaucratic EU.

Britain, on December 30, agreed to a Brexit deal with the European Union. Under the bill, Britain, despite the bill, would face new red tape and checks worth about GBP 7 billion when the transition period ends on December 31.

After a 48-year, often strained liaison, the UK official exited the EU’s orbit on December 31. This means that Britons lose their ability to freely travel and work in the 27 nations included in the bloc.