'A black person feeling invisible is a common phenomenon' 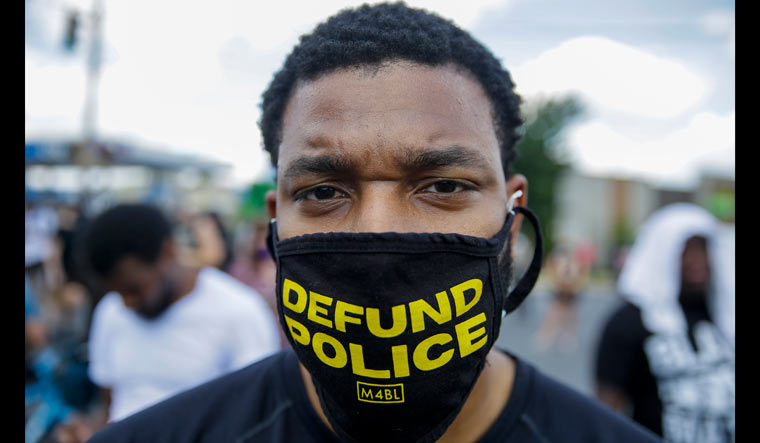 Protesters near the Wendy's restaurant, in Atlanta, where Rayshard Brooks was fatally shot by police last week | AP

It has been more than 50 years since the civil rights movement ended. And yet, racial disparity continues to be part of of the American society. THE WEEK talks to entrepreneur and CEO of ExecuPrep about the Black Lives Matter protests that shook the US about six months ago, when it began and what it feels to be a black woman in the current political scenario. 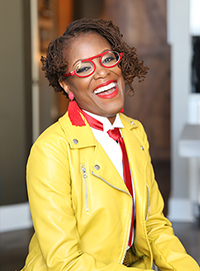 It has been more than 50 years since the civil rights movement ended. How late is too late? What kind of change, what kind of shift do you hope for the current generation?

It is never too late. It is late only when we are gone and dead. As long as there is time, there is work to be done. I understand that we aren't where we hoped to be and a lot of work hasn't been done. But I don't want my grandchildren or great grandchildren to ask me, 'Grandma, why didn't you do something? Why didn't you stop something you knew was unjust?' As long as there are more generations to come, it isn't too late. This generation is already stepping up and saying you all got it wrong.

Another reason why I feel it is not too late is because this generation is living in an integrated society. When I was growing up, society was segregated-- Latino kids would go to schools with other Latinos, Black children would attend schools with other black kids and so on. But now, when my son goes to school, he may experience something like a classmate telling him, “Wow! My dad told me that black people aren't smart. But you are one of smartest person in our class.”Or he could walk up to a white kid and say, “My dad told me how white people can be, but you are a nice guy.”they are already confronting the stereotypes or ideals they are taught or the older generation grew up with. The shift is already happening. So, I am hopeful.

Do you think these protests polarised society further or exposed the polarisation?

The protests have exposed an already polarised society. The access to the phones and the phone cameras are new, but these things have been going on for ages; the situation is being more exposed in recent times.

Do you think support for the  Black Lives Matter movement has increased, from say, 2013 or 2017?

Yes, there has been one thing happening—there is realisation that a lot of work to be done. People are getting behind the statement or the sentiment, 'Black Lives Matter' more than the organisation. They are realising that they can get behind the statement without supporting the organisation and that's where the focus should be— on the sentiment behind it.

How do you view the movement in relation to history?

In relation to history, I feel, it has been the next progressive step of the civil rights movement. When they all came out initially, the opposers said, go back, you should protest peacefully. 'But you killed him,' was the response. We don't want to go from one extreme to other, but we need to be in the middle. That is needed to get people's attention-- it is important, it is the next step. Peaceful protests don't make news, marches don't make news. But you let one building catch on fire and everybody talks about it.

What important lesson can we carry forward from the protests?

I think the most important thing we need to take forward is that we needn't wait for things to burn to pay attention. The purpose of protests should be for people to notice, to stop and to care. 'I hit you where it hurt-- a car got burned-- that is revenue and money got burned down before we got you to pay attention—this needn't happen. Be proactive. We have resources to fix these issues. There is no reason for so much disparity to continue in the US, there is no reason why people cannot have similar access and why these systemic issues should continue.

Michelle Obama in her podcast talked about being invisible-- about how a group of people stepped around her at an ice cream parlour-- they did not recognise her because her security wasn't present. But she talks about how she has faced this on multiple occasions, being a black woman. Shed some light on this please.

A black person feeling invisible is a common phenomenon. In fact there is a book  that talks about this very phenomenon— Invisible Man by Ralph Ellison talks about how he, as a black male is virtually unseen. But when you are a black woman in the US, sometimes you want to be invisible, because being invisible means you are safe. Being a black woman might make you seem like an attractive property, because that's how black women had been viewed in the past— you could be sexually assaulted and so you want to be invisible.

I remember when I once walked into a high-end store, no one asked me if I needed anything or wanted help. The white people were being asked whether they wanted help. I was invisible and maybe they thought I could not afford the clothing there. Either you are invisible to highly visible— either you don't care  or want to make sure I don't steal anything-- it is always an extreme, never anything in the middle.

Michelle Obama in her podcast also talks of how, often white people have clutched their bag or purses on seeing black people coming near. She goes on to say that white people have fear in their mind because of some reasons-- please talk about that.

Well, some of it is what they been taught and told. One guy, a high school drop out was insisting on telling me that black people aren't as smart as white people. It was so crazy— because he was talking to me— someone with three college degrees, who is a college professor and heads an organisation. It felt as though he was doubting my intelligence. He also said that this was something someone told him.

Kamala Harris has reached a position where no woman of colour has, in the US. And yet, you have a politician, Steve King question whether she descended from slaves or slave owners— on a personal level, does it really matter?

Politicians want to talk about this, because they want to cause division. But you cannot denounce the differences and include us into one melting pot. If you actually break it down, she is Jamaican-American, Indian-American, not African-American. But she is at the White House, because she is qualified and she has proven that we can do what people thought black women couldn't do. If all of us are put into brackets, it would be a problem.

Several black women have been erased from the history. For example Betty, the woman George Washington had a 'relationship' with. No, he owned her. There was a power difference there and he raped her. And the children were offspring of rape.

Giving our children international exposure is another way we can tackle this—travelling to places. If my son travels to Spain and comes across a person who is struggling with English, doesn't mean they aren't intelligent. It just means that English isn't their first language.

What do you have to say about statues of the pro-slavery, confederate leaders that were torn down/ vandalised during the Black Lives Matter protests?

These statues of confederate leaders are like, if you remarry and your new husband is a divorcee. Now when you go to his house and you see images of the first wife, you wonder what are her pictures doing here? These leaders weren't just pro-slavery, they committed treason in form of colonising and you don't honour treason, today you are thrown in prison for treason. So to simply put, that's what it is about.