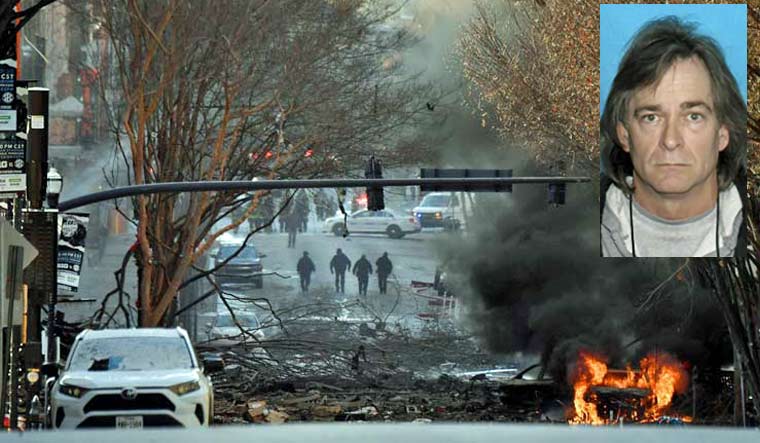 Investigators work at the scene of an explosion that took place on Christmas morning at Nashville, Tennessee; Inset: Anthony Quinn Warner | AP

Federal officials have said that they believe the person responsible for the Christmas Day bombing in Nashville has died in the blast. The explosion of the camper van severely damaged dozens of downtown buildings and injured three people.

The motive behind the blast is not clear yet. The person behind the blast has been identified as Anthony Quinn Warner, 63. "These answers won't come quickly and will still require a lot of our team's efforts," FBI Special Agent Doug Korneski said. "Though we may be able to answer some these questions as our investigation continues, none of those answers will be enough by those affected by this event,” he said.

Warner was identified with help of recognising DNA sample found at the site. Warner's home at Antioch, Tennessee was searched by officials.

Several theories are being explored with regards to the motive, including a possibility that the nearby AT & T building might have been targetted.

Records show that Warner had experience with electronics, alarms and also worked as a computer consultant for a realtor.