New COVID strain in the UK: The concerns, impact on vaccine development and all you need to know 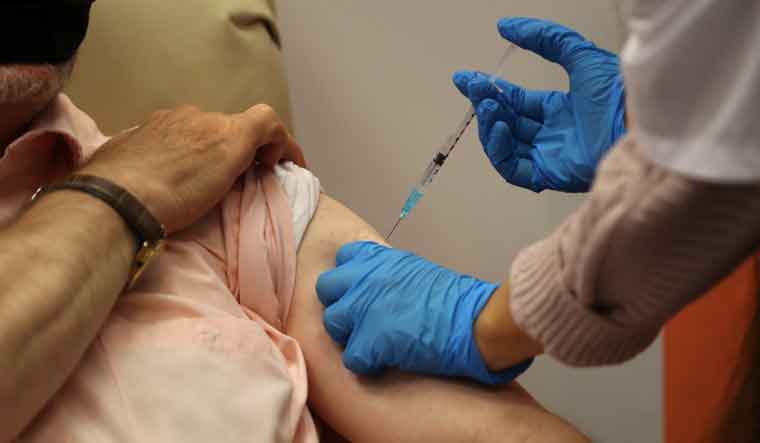 The rapid spread of a new variant of coronavirus in the UK is eliciting a fight or flight response from countries around the world. More than a dozen nations have already closed their borders to flights from the UK owing to the detection of a new mutation of the virus, which has killed more than 17 lakh people worldwide since its outbreak last year.

What is a mutation?

A mutation is an alteration in the genetic material (the genome) of a cell of a living organism or of a virus that is more or less permanent and that can be transmitted to the cell’s or the virus’s descendants. In short, it is a simple process of a mistake made in a DNA sequence, or a misspelling of the DNA sequence, as it is being copied.

Mutations can be made during cell division, exposure to ionizing radiation, exposure to chemicals called mutagens, or infection by viruses. It can also be induced by carcinogens in a way that can increase the risk of cancers.

However, it is not always a villain as it is projected to be because mutations are key to the process of evolution.

The fact that the coronavirus, or the SARS Cov 2, is mutating is no news as it is. That is because every virus mutates; it is part of the virus life cycle. In some cases, these mutations may actually weaken the virus strain. Sometimes, the changes are so slight that there is no noticeable difference in the disease’s transmission and fatality rates.

That the coronavirus is mutating was established earlier this year itself, as countries were still locked down to contain the spread of the infection. But the virus has mutated at a very slow pace. According to reports in the first half of the year, new copies of the coronavirus weren't far off from the original virus and hence, less concerning.

But why is the current mutation concerning?

Scientists and public experts are more concerned about the new strain—called B.1.1.7—in the UK because of three reasons—one, it has been observed to rapidly replace other versions of the virus. Two, it has mutations that affect part of the virus likely to be important. In addition, preliminary investigations suggest that some of those mutations have already been shown in the lab to increase the ability of the virus to infect cells.

The three factors combined together gives a strong virus that can spread easily. The UK government's advisers on new infections have "moderate" confidence that it is more able to transmit than other variants.

Reportedly, the new variant is showing some 17 changes in the genome, quite a significant change. There have been changes to the spike protein—this is the key the virus uses to unlock the doorway to our body's cells.

One mutation called N501Y alters the most important part of the spike, known as the "receptor-binding domain", where the spike makes first contact with the surface of our body's cells. Any changes that make it easier for the virus to get inside are likely to give it an edge.

That said, these are all early conclusions and come with huge uncertainties.

Is the mutation more deadly?

There is no evidence to suggest that it does, although this will need to be monitored, reports BBC. However, just increasing transmission would be enough to cause problems for hospitals. If the new variant means more people are infected more quickly, that would in turn lead to more people needing hospital treatment.

How much faster is it spreading?

The variant was first detected in the UK in September. According to UK Prime Minister Boris Johnson, the variant may be up to 70 per cent more transmissible. Covid-19 case rates nearly doubled in London over the past week, with almost 60 per cent of these infections attributed to the new strain, which means that treating the new variant lightly would be mere foolishness.

How much has it spread?

According to BBC, the new variant can be found across the UK, except Northern Ireland, but it is heavily concentrated in London, the South East and eastern England. Cases elsewhere in the country do not seem to have taken off.

Data from Nextstrain, which has been monitoring the genetic codes of the viral samples around the world, suggest cases in Denmark and Australia have come from the UK. The Netherlands has also reported cases. A similar variant that has emerged in South Africa shares some of the same mutations, but appears to be unrelated to this one.

On Sunday, Italy said it has detected a new coronavirus strain with mutations in a person who recently returned from the United Kingdom. So far, none of the Asian nations, including India, has reported the new strain.

While we have reasons to believe that the new variant is spreading more rapidly than the original version, it is not yet believed to be more deadly.

At the same time, it would take years—not months—for the virus to evolve enough to render the current vaccines impotent, say experts, urging caution. So far, on the vaccine development front, slow and mild nature of the mutations is good news.

“No one should worry that there is going to be a single catastrophic mutation that suddenly renders all immunity and antibodies useless,” NYT reported quoting Jesse Bloom, an evolutionary biologist at the Fred Hutchinson Cancer Research Center in Seattle. “It is going to be a process that occurs over the time scale of multiple years and requires the accumulation of multiple viral mutations. It’s not going to be like an on-off switch," Bloom says in the report.

Vaccines, in general, tend to target an early version of the virus. A response against the ancestor has given good results against all the descendants until now in similar cases. This is because more than often, an older strain of a virus will “preserve enough features” that it will provide immunity against a whole group of variants.

Scientists and experts have been optimistic that the COVID-19 vaccine will most likely protect people against the "vast majority of circulating COVID-19 strains for the foreseeable mutations."