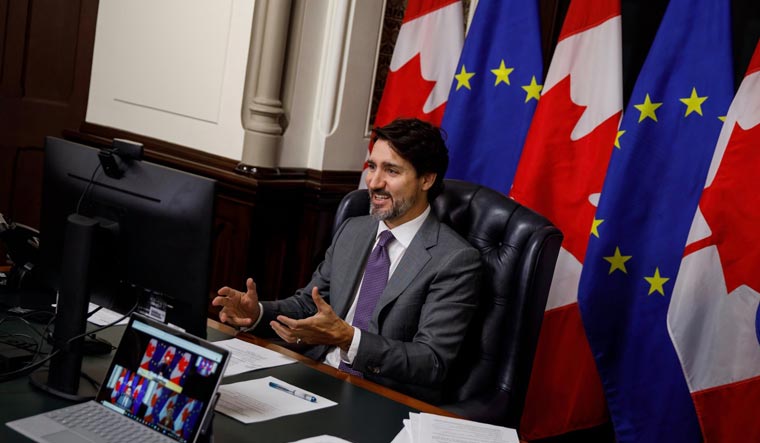 Canadian Prime Minister Justin Trudeau on Friday reiterated his support for peaceful protests, after comments by him earlier in the week on the ongoing farmers' protests angered the Indian government.

On December 30, during a remote townhall meeting with members of the Sikh community in Canada, Trudeau had expressed concern about “news coming from India” and had even urged the Indian government to uphold the right to peaceful protests.

The comments by Trudeau earlier in the week led to a pushback from the Ministry of External Affairs, which described them as "ill informed" and "unwarranted, especially when pertaining to the internal affairs of a democratic country".

On Friday, Canadian High Commissioner Nadir Patel was told by the Ministry of External Affairs that "comments by the Canadian prime minister [Justin Trudeau], some cabinet ministers and members of [Canadian] parliament on issues relating to Indian farmers constitute an unacceptable interference in our internal affairs".

The MEA said these comments by the Canadian leaders have encouraged "gatherings of extremist activities" in front of the Indian High Commission and consulates in Canada, raising issues of safety and security.

Canada's Defence Minister Harjit Sajjan, who is of Indian origin, too, had expressed concerns over reports of the "peaceful protesters being brutalised in India".

"The reports of peaceful protesters being brutalised in India are very troubling. Many of my constituents have family there and are worried about the safety of their loved ones. Healthy democracies allow peaceful protest. I urge those involved to uphold this fundamental right," Sajjan had tweeted earlier in the week.