Last month, Sangay had met the US Special Coordinator for Tibetan Issues 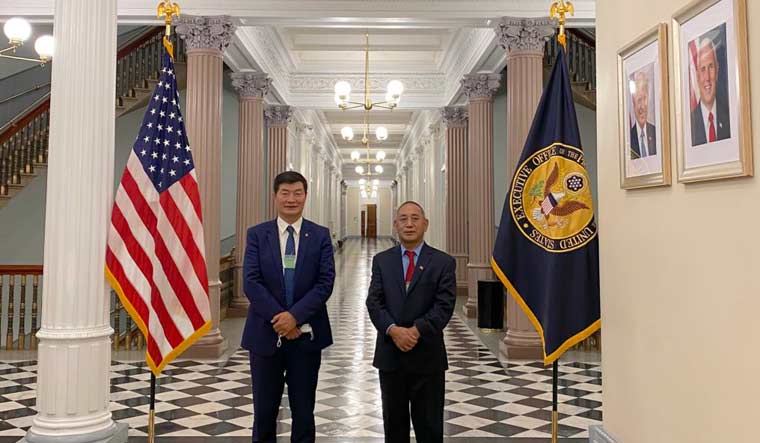 The move is expected to anger China, which has previously chided the US and other countries for interacting with officials of the Tibetan government in exile.

The website of the Central Tibetan Administration, which is based out of Dharamsala, noted Sangay met with White House officials on his visit. "Prior to this meeting, Dr. Sangay had met with White House officials in undisclosed meetings and locations over a dozen times in the past 10 years since he became the CTA’s Sikyong in 2011. This unprecedented meeting perhaps will set an optimistic tone for CTA participation with US officials and be more formalised in the coming years," the Central Tibetan Administration said.

The Central Tibetan Administration highlighted the significance of the visit, noting, "In the last 6 decades, the head of CTA was denied entry to the US State Department and White House; the logic for both denials was that the US government does not recognise the Tibetan government in exile. Today’s visit amounts to an acknowledgement of both the democratic system of the CTA and its political head."

Last month, Sangay had met the newly appointed US Special Coordinator for Tibetan Issues, Robert Destro. China had lashed out at the US over the meeting between Sangay and Destro.

Sangay had said of the meeting, “The unprecedented meeting further strengthens the narrative that the Central Tibetan Administration will be treated akin to other governments by the US State Department and it is yet another win for Tibetans and allies.”

Destro's appointment and Sangay's meeting with him was perceived as being a recognition of the Tibetan government in exile by the Donald Trump administration. It was aimed at sending a strong message to China that the US is not only supportive of the Tibetan cause but will also not shy away from backing India's stance on the Dalai Lama and the exiled Tibetan government, which had operated from Indian soil for the last 60 years.