CEOs feel that Trump refusing to concede could harm the markets 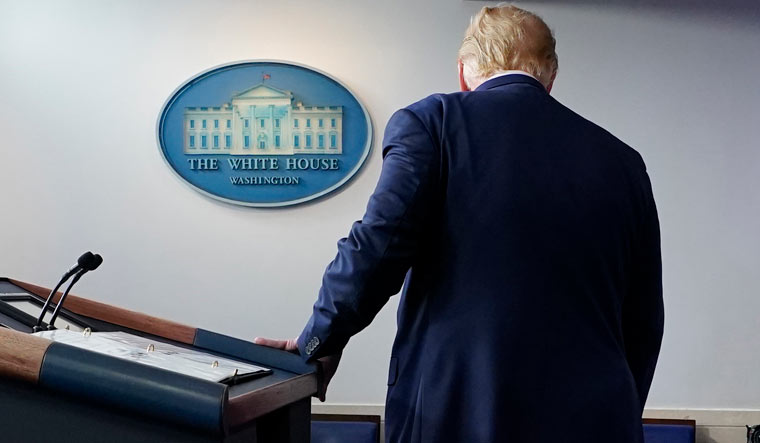 Washington:President Donald Trump walks away after speaking at the White House, Thursday, Nov. 5, 2020, in Washington | AP

America's top CEOs have remained silent on President Trump's refusal to accept his election loss. Several of them are talking about what collective action might be necessary if Trump tries to hold on to power beyond the inauguration of January 20. Several CEOs have agreed that Trump has the right to pursue legal challenges alleging voter fraud.

However, if Trump tries to undo the legal process or disrupts a peaceful transition to Biden, the CEOs have discussed options including making public statements and holding back donations to political action committees or even corporate relocations. CEOs of Walmart, Starbucks, Apple and General Electric put out a statement congratulating Joe Biden and his running mate Kamala Harris.

The CEOs feel that Trump refusing to concede could harm the markets, on public trust in the process and they would act to ensure that the Republican elected officials respect the process.

Election officials from the Democratic and Republican parties have stated that there seemed no irregularities in the electoral process. Trump has falsely charged that campaign observers were blocked from watching the vote count as Biden overtook him in Pennsylvania.

While CEOs feel that Trump's legal challenges are just theatre and actual transition in power will eventually take place, several CEOs have urged Trump to acknowledge that he has lost the election.