The view from America while we wait

Indian Americans vote heavily Democratic; this pattern may continue in 2020 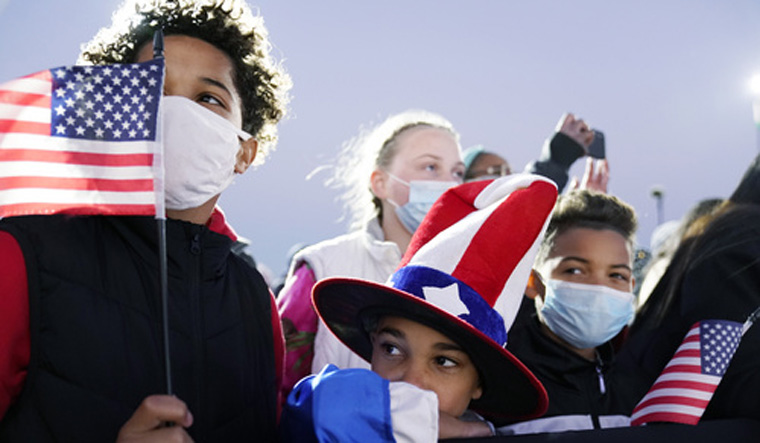 Like India, the United States is enormously proud of its democratic traditions. But some changes have occurred in this COVID-19 pandemic election.

The US election is taking place over a longer period. While the US is not voting in stages like India, many states have extended early voting and made it easier to vote by mail, so that voting has occurred over several weeks. For the first time ever in American history, most people will have voted before Election Day.

The participation is set to be much higher than usual—perhaps the highest in a century. While 60 per cent of eligible Americans voted in the 2016 election, the US will have far higher voter turnout this year. In virtually all US elections, participation is higher among older than younger voters. That has remained the case this year, but the gap has closed. Young voters tend to lean heavily against President Trump so that may bode badly for him.

Asian Americans are now the fastest growing minority group in the US. Yet, in the past, the Asian vote share has been much smaller than their population share. Many Asian immigrants are not yet American citizens, so cannot vote. Like Latinos, Asian Americans who are citizens vote at lower rates.

Indian Americans vote heavily Democratic. In 2016, one pre-election survey indicated that about 84 per cent of Indian Americans planned to vote for Hillary Clinton and 14 per cent for Donald Trump. Looking at all Asians, the same survey estimated that 84 per cent of Hindus and 97 per cent of Muslims supported Clinton. In 2018, growing participation and continued shifts by Asian Americans to the Democrats played a critical role in flipping congressional seats and giving them control of the House of Representatives.

Despite the very warm relationship between Prime Minister Narendra Modi and President Trump, this pattern of Democratic support appears set to continue in 2020. Indo-American relations are only one factor, and not necessarily the most important one, in shaping how Indian Americans vote and relations have warmed in recent administrations of both parties.

Some may still find the Democratic leanings of Indian American voters puzzling. Indian Americans have among the highest rates of college education and economic success. So why don’t Indians vote overwhelmingly for the Republicans, the party of lower taxes on the rich and traditionally the party of more successful Americans.

The Democratic leanings of Indian and other Asian American voters resemble that of Jewish Americans, another well-educated and successful group that has long voted heavily Democratic. More broadly, White college graduates have moved strongly away from the Republicans under President Trump. Additionally, he has made the Republicans far less attractive to immigrants and to people from different, especially non-Christian, cultural traditions.

Of course, one can hardly overlook the impact of the first Indian American candidate on a presidential ticket. South Asian women, even from outside India, seem especially excited by her barrier breaking candidacy. Unlike some recent past vice-presidential choices, no one has said Sen. Harris is not ready to handle press scrutiny or to be president.

American election campaigns are very long, and voters are more than ready for it to be over. They are going to have to be extra patient this year. Since so many voters cast their votes by mail, it will take longer in some states to count the ballots. Some key swing states, like Pennsylvania and Wisconsin, do not permit election officials to begin counting them before election day. It will take several days before the final results start to become clear. But in a democracy, counting all the votes is more important than speed.

David Lublin is Professor and Chair of the Department of Government in the School of Public Affairs at American University in Washington, D.C.