US President Trump says catching COVID-19 a ‘blessing in disguise’

‘I think this was a blessing from God that I caught it,’ he said 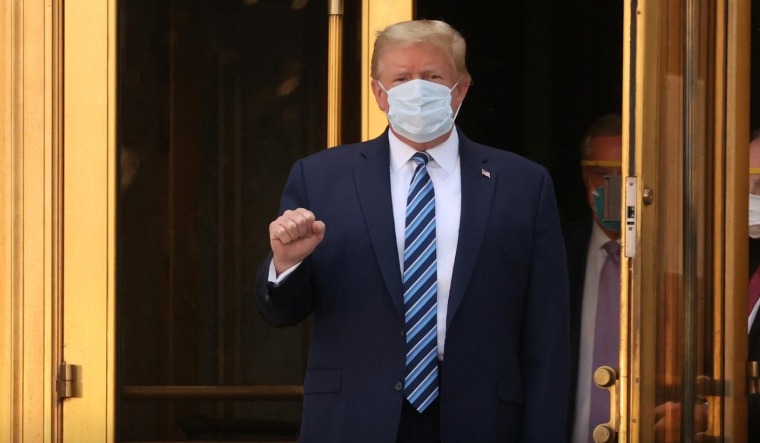 US President Donald Trump, in a video released from the Oval Office, said that catching the coronavirus was a “blessing from God”. Trump, who returned to the White House despite CDC guidelines for isolation, said the virus exposed him to experimental treatments he vowed would become free for all Americans.

Eager to revitalise his re-election campaign, Trump stressed how he felt post recovery from COVID-19. It is, however, not clear whether or not he still tested positive for the virus.

“I think this was a blessing from God that I caught it. This was a blessing in disguise,” Trump said, adding that this helped him to experience first-hand how medication from Regeneron Pharmaceuticals could be effective.

Trump has been widely criticised for a slow response to the pandemic that has killed more than 210,000 Americans and putting his staff at risk by discouraging the use of masks in the White House and on the campaign trail. The president went on to call the unapproved medication a “cure” and said, “I want to get for you what I got. And I’m going to make it free.”

Regeneron’s CEO Dr Leonard Schleifer is a member of Trump’s golf club in Westchester. Schleifer’s company received USD 450 million in government funding this summer as part of the president’s program to encourage the development of a vaccine and treatment, a Guardian report reads.

While the president indicates in the video that he had gotten back to the White House “a day ago (on Tuesday)” Trump’s chief of staff mark Meadows said the video was recorded on Wednesday.

It is interesting to note that Trump’s schedule is clear of public events for the sixth day in a row, ever since he tested positive for the virus last Thursday.

With at least 19 people close to Trump testing positive for COVID-19, the West Wing is struggling to find its footing.