Biden called Trump 'liar' and the 'worst president ever' 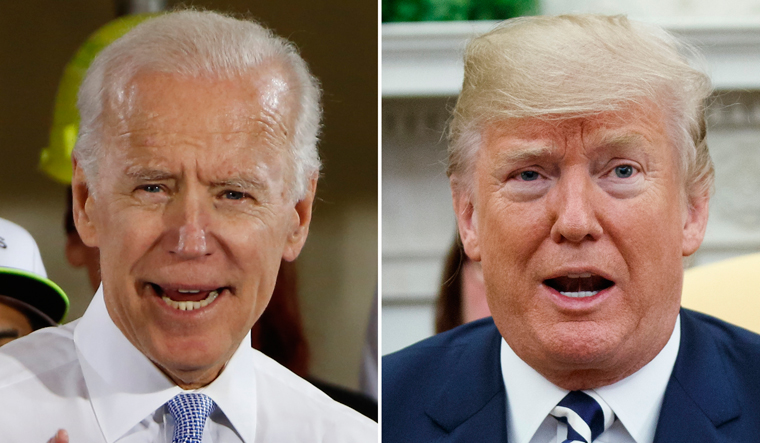 US President Donald Trump and his Democratic Party challenger Joe Biden went face-to-face in their first presidential debate, the most pivotal moment so far in an election amid a historic pandemic, racial unrest and an economy in shambles.

The debate is a key opportunity for Trump to improve his standing in a race that polls show has remained stubbornly unchanged. For Biden, the debate offers a chance to show the steadiness he says the nation needs in contrast to Trump's divisiveness. The United States national polling averages show Biden holding a durable lead over Trump.

The debate, which revolved around the records of the candidates, the coronavirus pandemic, the economy, race and violence in the cities and election integrity, had some fiery moments. The bitterness between the two candidates was evident. The two candidates did not greet each other through handshakes; though the traditional method was scrapped in light of the pandemic, the ice was there for all to see. "How are you doing, man?" Biden asked the president as they entered.

When the debate got into the handling of the pandemic, Trump said top scientists informed him there would be a vaccine soon. Biden then addressed the public, asking them how they could trust a man who lied all this time about the virus, stressing that a lot of people have died. "More will die unless Trump gets smarter soon," he said.

Biden and his wife Jill had released their personal tax returns ahead of the first presidential debate. The release came just days after The New York Times reported that Trump paid $750 in federal income taxes in 2016, the year he was elected president, and again in 2017, his first year in office. The report claimed Trump paid no federal income taxes for 10 of the 15 years before that. The Bidens' returns show the couple paid almost $300,000 in federal taxes in 2019, including almost $288,000 in personal income tax. The Bidens reported taxable income of $944,737.

According to the Post, Biden accused Trump of taking advantage of the tax code to be able to pay less than a schoolteacher, while the president hit back, asking Biden why he didn’t do something about the tax code when he was in the US Senate for 25 years.

Biden, in reply, called Trump a "clown" and a "racist" and told him that he was the worst president America had ever had. "Everything he said is a lie, and everyone knows he is a liar," the challenger said.

Fitting for an edge in their bitter campaign, the two men frequently interrupted each other with angry interjections, with Biden eventually snapping at Trump: "Will you shut up, man?" That was after the president badgered him over his refusal to comment on whether he would try to expand the Supreme Court in retaliation if Trump's Supreme Court pick, Amy Coney Barrett, was confirmed to replace the late Justice Ruth Bader Ginsburg.