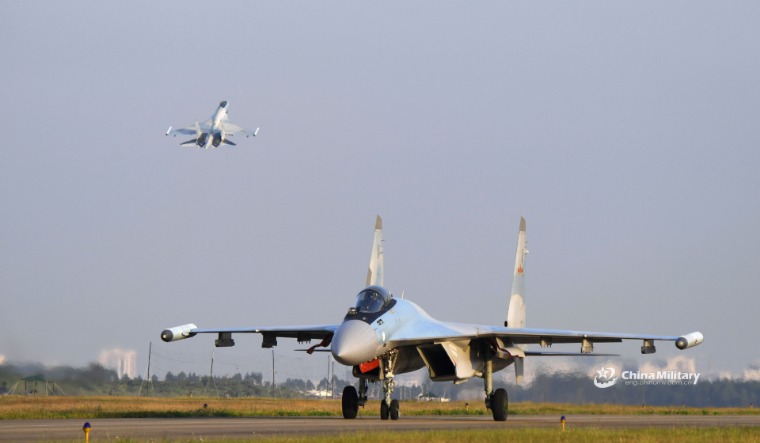 Twitter in India went into meltdown on Friday afternoon after video clips of wreckage of a fighter aircraft, purportedly in China, were circulated.

Numerous Twitter handles and media outlets reported that the aircraft was an Su-35 fighter of the Chinese People's Liberation Army Air Force, which had crashed in Guanxi province in China after it was shot at by Taiwan's air defences.

Below is the original press statement from Taiwan's ministry of defence. Only in Chinese for now, but says it "solemnly refutes" the internet reports that Taiwan shot down a PLAAF SU-35 and "strongly condemns" the dissemination of fake information 1/

The press release added, "The Air Force Command emphasized that in order to maintain airspace security, the headquarters will continue to closely monitor the conditions of the sea and airspace around the Taiwan Strait, and provide correct information in a timely manner to prevent the spread of fake and false news, and to avoid social unrest, and appeals to people to rest assured.”

The press release was circulated by Niocola Smith, the Taiwan correspondent of the UK's Daily Telegraph newspaper. She attributed it to Air Force Spokesperson Lieutenant General Chen Guohua.

Previously, as claims of the Su-35 being shot down started being circulated, some analysts pointed out that Guanxi was nearly 1,000km away from Taiwan and Taiwan possessed no surface-to-air missiles with sufficient range to hit a target that far away.

The Su-35 is the most advanced export fighter in China's air force. It is the newest derivative of the Su-27 fighter and is more agile than the Su-30 fighter that both China and India operate. China purchased 24 Su-35 fighters from Russia.

China has been routinely using fighter aircraft to fly across the Taiwan Straits in recent years.