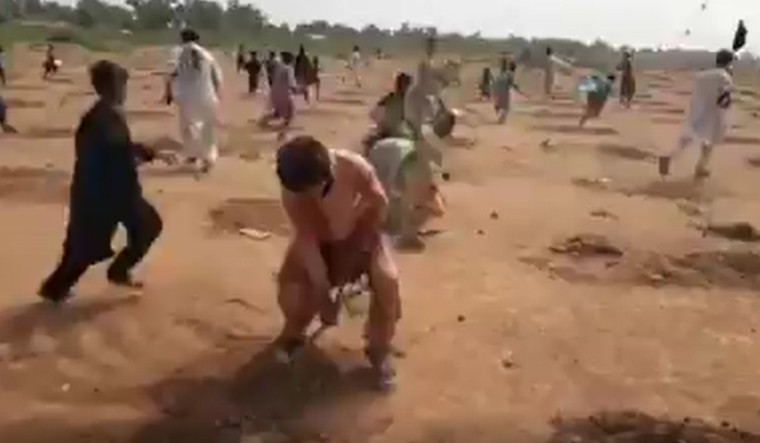 Residents at the Mandi Kass area at Khyber in Pakistan on Sunday deliberately uprooted trees planted by the government as a part of its countrywide plantation drive.

According to the residents, the government did not take their permission before planting the trees. The Pakistan Tareek-e-Insaaf government led by Prime Minister Imran Khan had launched the biggest tree plantation drive on Sunday to plant 3.5 million saplings across the country in a day. The participants of the plantation drive tried to negotiate with the protesters, but in vain.

The tree plantation drive was carried out by more than a million volunteers of the Prime Minister’s Tiger Force across the country. The trees were planted to mark ‘Tiger Force Day’.

Around 6,000 new trees were removed by the protestors, who said the trees were planted on private land. The protestors carried black flags and chanted slogans.

According to Deputy Commissioner Khyber Mahmood Aslam, there was dispute between two groups over land owned by the Sipah tribe. “One of the groups gave permission for the plantation drive; the other uprooted them,” he was quoted as saying in a report by The News.

Chief Minister of Khyber Pakhtunkhwa Mahmood Khan and the district’s deputy commissioner said action would be taken against the perpetrators.