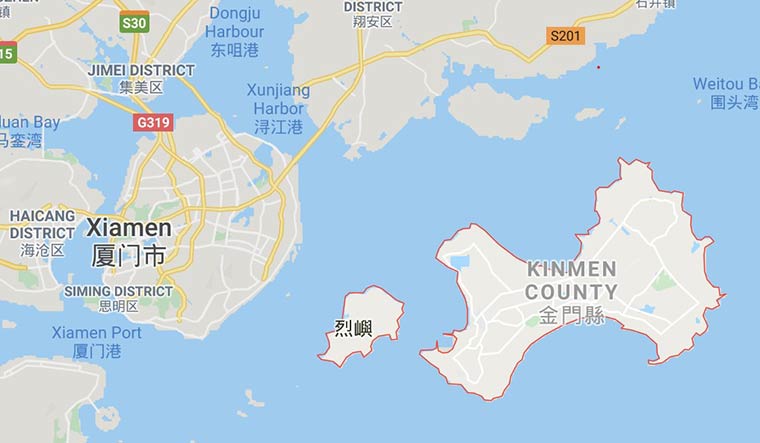 Taiwan’s Coast Guard on Sunday arrested a 45-year-old man who swam from China’s coastal city of Xiamen to the offshore Taiwanese island of Kinmen County, after hearing reports of a “suspicious object” floating near the Kenmen County waters.

The man, surnamed Li, claimed that he swam for seven hours to reach Kinmen as he could not stand the political environment in China and wanted to travel to Taiwan for its freedom, Taiwan News reported.

The man was arrested for illegally entering Taiwan and was placed into a designated quarantine facility to prevent any chance of COVID-19 transmission. Prosecutors will take some time to process his story.

There have been many instances before of Chinese citizens attempting to swim to Kinmen, which is located just over 10 km from the coast of Xiamen. This was the first case of illegal migration over the waters seen since the outbreak of the coronavirus. In fact, a swimming contest exists for those who dare to cross the straits—The Xiamen-Kinmen Cross-Strait Swimming Race—in a bid to improve ties between China and Taiwan (which have grown severely strained since the re-election of Tsai Ing-wen' and the outbreak of the novel coronavirus).

Kinmen was the site of the Battle of Kuningtou in 1949, which saw the Kuomintang (Republic of China nationalists) beat back the Communist forces who were attempting to take this island as part of plans to stage a larger invasion of Taiwan.

The main island of Taiwan is located over 200km away from China’s coast.

In August, 2019, two men were arrested after attempting to swim to Kinmen, one of whom used children’s inflatable swimming rings to help the journey and another who used empty 2-litre bottles of Coca Cola to make a raft.

Following the enaction of the national security law over Hong Kong, many Hong Kongers have also started obtaining residency permits in Taiwan.