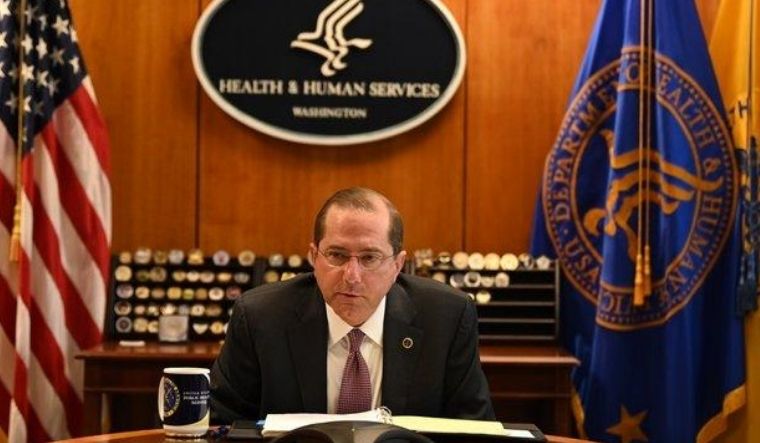 The Taiwanese government reported that Chinese air force jets briefly crossed over the midline of the Taiwan Strait on Monday as US health chief Alex Azar visited the island to offer President Donald Trump’s strong support. China and the US—the two economic superpowers—have been at loggerheads ever since the two nations have been involved in a trade stand-off in 2018. Topics include China’s lack of transparency regarding the origin of the coronavirus, imposing the national security law on Hong Kong and mistreatment of the Uighur Muslims in the mainland.

China had promised retaliation to Aar’s trip, the first one to Taiwan in four decades at such a senior level. Beijing, on Sunday, flew J-11 and J-10 fighter aircraft briefly onto Taiwan’s side of the sensitive and narrow strait which separates it from its giant neighbour, at around 9 am, shortly before Azar met Taiwan President Tsai Ing-wen, Taiwan’s air force said. Washington had broken off diplomatic relations with Taipei in favour of Beijing in 1979.

“It’s a true honour to be here to convey a message of strong support and friendship from President Trump to Taiwan,” Azar told Tsai in the Presidential Office, standing in front of two Taiwanese flags. China views the Taiwan region to be its territory and has been aggressively trying to gain control over it. China was particularly irked with the US after Washington supported its requests to get meaningful access to the World Health Organisation during the pandemic.

Azar’s visit aims at strengthening economic and public-health cooperation with Taiwan and support Taiwan’s international role in fighting the pandemic.

Tsai told Azar his visit represented “a huge step forward in anti-pandemic collaborations between our countries”, mentioning areas of cooperation including vaccine and drug research and production.