This marks the end of academic freedom in Hong Kong, says Tai 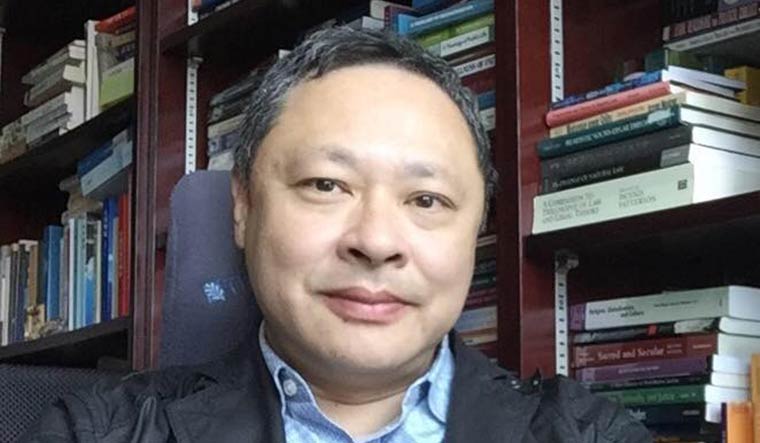 As one of the co-founders of the 2014 Umbrella Movement, professor Benny Tai has been at the forefront of Hong Kongers' efforts to resist the growing suppression of democratic freedoms by the central Chinese leadership.

Despite his outspoken views against the govenrment, Tai held a role as a professor within the University of Hong Kong’s law department since 1991. Now, however, amid a National Security Law that makes figures like Tai susceptible to arrest, the university’s council has voted 18-2 to remove Tai from their faculty.

On Tuesday, the Hong Kong University council voted to have Tai fired for misconduct. In a press release, the HKU said that the move was taken “following the stringent and impartial due process, and after careful deliberations and considerations,” adding that it hoped the public would understand that this is “an internal personnel matter of the University and that the autonomy of the institution should be respected”.

In a statement posted on his Facebook page, Tai said the decision to remove him was not made by the university but by forces outside.

“The decision to dismiss me is not by the university of Hong Kong, but by forces outside the university through its agents. This marks the end of academic freedom in Hong Kong. The teaching and research staff of academic institutions in Hong Kong can hardly be free to make controversial remarks to the public and on certain political or social controversial matters. Hong Kong's academic institutions can no longer protect their members from internal and external interference.”

“If there is still doubts about whether the ‘one country, one system’ has come to Hong Kong, my case should be enough to relieve it. I am very grateful to the university of Hong Kong for nurturing me as a law student, law teacher, legal scholar and guardian of the rule of law. I feel heartache when I see my beloved university sink. However, I will continue my research and teaching work on the rule of law in a different capacity, and will not stop fighting for the rule of law in Hong Kong. I am confident that in the future, I will see a free Hong Kong University reborn,” he posted.

Tai was among those who organised the recent primaries to select a pro-democratic candidate for the upcoming Hong Kong legislative elections. The primaries were deemed illegal by China, as they were not a part of the electoral process; Tai argued that it was well within Hong Kongers rights to hold one, as the process—which was not binding and had no legal effect—was only to shortlist candidates so as to present a unified vote in the elections and allow pro-democracy candidates to gain a majority in the Hong Kong council.

The Hong Kong Special Administrative Region condemned Tai for "openly manipulating" the election, while Hong Kong Chief Executive Carrie Lam warned that if the intent of the primaries was to resist every policy initiative of the government, it could be considered an offence under the sweeping National Security Law.