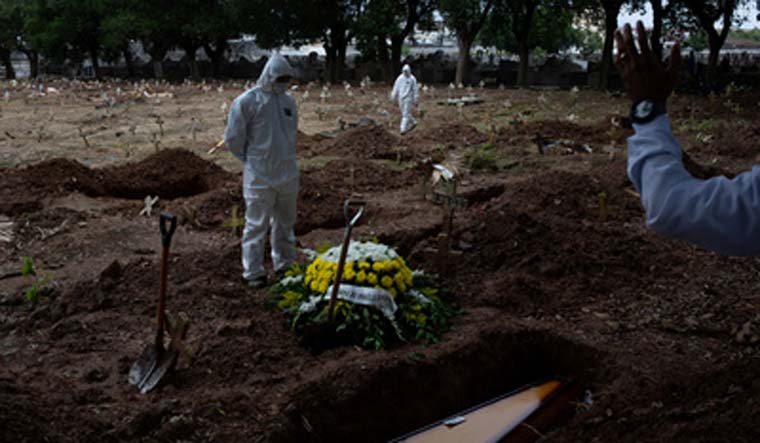 Brazil's government announced on Friday that the country's count of coronavirus cases has gone past the 1-million mark. This makes Brazil the second country after the US to have recorded as many coronavirus cases.

Brazil's health ministry announced on Friday that coronavirus cases stood at 1,032,913. The jump past the 1-million mark occurred after Brazil saw a single-day spike of over 50,000 cases.

As of Friday, Brazil has reported over 49,000 deaths from coronavirus. Worryingly, experts have warned the spread of the virus could be much worse than what is being officially stated, the Associated Press reported, "Specialists believe the actual number of cases in Brazil could be up to seven times higher than the official statistic. Johns Hopkins University says Brazil is performing an average of 14 tests per 100,000 people each day, and health experts say that number is up to 20 times less than needed to track the virus,” Associated Press reported.

Data has shown that the COVID-19 pandemic is on a downward trend in the north of Brazil, but cases are rising in the south. The countryside areas and small cities have also been badly hit.

“There is a lot of regional inequality in our public health system and a shortage of professionals in the interior,” Miguel Lago, executive director of Brazil's Institute for Health Policy Studies, told Associated Press. “That creates many health care deserts, with people going long distances to get attention. When they leave the hospital, the virus can go with them,” he added.

" Outside Sao Paulo city, five regions of the state's countryside will have to close shops starting Monday due to a rise in coronavirus cases. Governor João Doria announced the decision Friday," Associated Press reported.