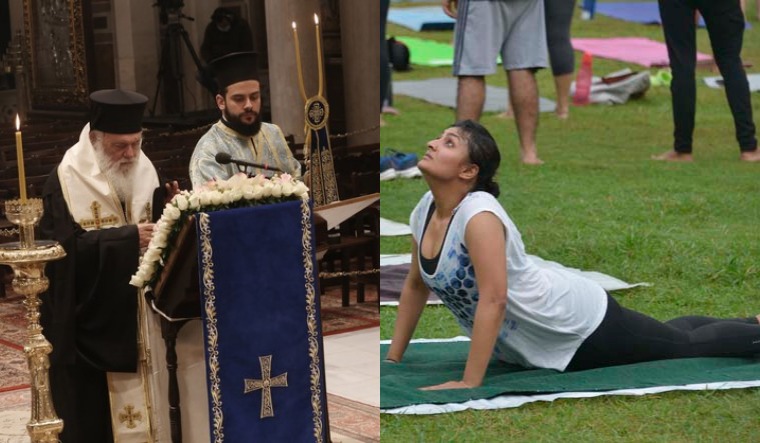 Yoga has grown massively in popularity as a fitness practice across the world in the past 50 years. However, it has also been viewed by some groups of Christians and Muslims as being a Hindu practice.

Earlier this week, the governing body of the Greek Orthodox Church, which is part of the Eastern Orthodox group of churches, stated that "Yoga is absolutely incompatible with our Orthodox faith and has no place in the life of Christians."

Media agencies reported on Friday that the Holy Synod of the Greek Orthodox Church issued a statement that yoga "is a fundamental chapter in Hindu religion... it is not a 'kind of physical exercise'". The Eastern Orthodox Church is the predominant Christian group in Greece, with about 90 per cent of Greeks identifying themselves as Orthodox, according to a 2017 Pew research survey.

The BBC reported that yoga practices, such as sun salutations (Surya Namaskar), were unacceptable to the Greek Orthodox Church.

The stance against yoga was reportedly taken at a meeting of the Holy Synod of the Greek Orthodox Church on June 2, which was chaired by Archbishop Ieronymos of Athens.

The statement against yoga was apparently prompted by promotion of the practice by media groups as a means to combat stress caused by the coronavirus pandemic.

A senior cleric of the Greek Orthodox Church had criticised yoga last year. In September 2019, Metropolitan Nektarios of Argolis claimed yoga "is not an exercise, but an act of worship".