Is Kim Jong Un using a body double? What we know so far 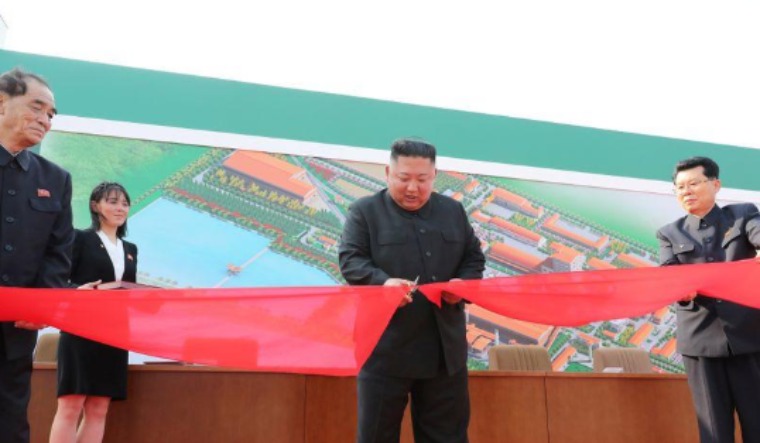 Kim Jong Un attends the completion of a fertiliser plant, together with his younger sister Kim Yo Jong | KCNA via Reuters

After days of reports assuming his death, North Korea’s Supreme Leader Kim Jong Un made an unexpected appearance to inaugurate a fertilizer plant in Sunchon on May 2, putting to rest speculation that he had died and that his sister or even his uncle would take his place.

But, speculation still remains that the man seen cutting red tape at the plant was not Kim, but his body double. Like Joseph Stalin and Kim Il Sung, Kim Jong Un too is also alleged to have a body double; a doppelgänger capable of standing in his place when necessary.

Human rights activist and political refugee Jennifer Zeng, who fled China as a result of her practice of Falun Gong, tweeted images of Kim before and after his disappearance purporting to show his teeth being different as well as other aspects of his appearance like his earlobes and eyes looking different.

In 2017, footage accessed by The Sun showed Kim chatting with one of his body doubles at a missile test.

Kim’s three-week disappearance in April prompted numerous theories, with the most common being that he had undergone a heart surgery that was subsequently botched. However, South Korean intelligence agencies maintain that this was very unlikely, calling such reports groundless’’.

Kim’s absence from the birth anniversary ceremony of his late grandfather Kim Il Sung—one of the DPRK’s most important annual days—is what sparked speculation that something must have been seriously wrong.

In addition, the ceremony at the fertilizer factory is also questionable. According to the Daily NK, quoting a source within North Korea, the factory was put together just two days before Kim arrived to inaugurate it, with construction workers working day and night to “create the appearance of a finished factory”.

In addition, former British MP Lousie Mensch has also posted the tweets comparing two photos of Kim Jong Un claiming they are not the same person.

It’s not the same person. But not going to argue it. Hairy moment when I thought my information was wrong. It wasn’t wrong though.

Not sure whether it suits us to go along with it or not, but these two are not the same. pic.twitter.com/rV3qgK281p

However, TMZ compared the photos shared by Mensch and concluded that the one being shared was faked. Images shared by the Pyongyang Times are also different than the ones Mensch shared, which shows Kim’s teeth looking noticeably different.

This is not the first time that rumours of a body double substituting for a dead supreme leader has surfaced. A Japanese university professor named Toshimitsu Shigemura has repeatedly claimed that former North Korean leader Kim Jong-il died of diabetes in 2003, and was substituted for by a body double, who he says even shook hands with Bill Clinton.

When asked about Jong’s health on April 27, US President Donald Trump offered only a cryptic reply, “I can’t tell you, exactly—yes, I do have a very good idea, but I can’t talk about it now. I just wish him well.”