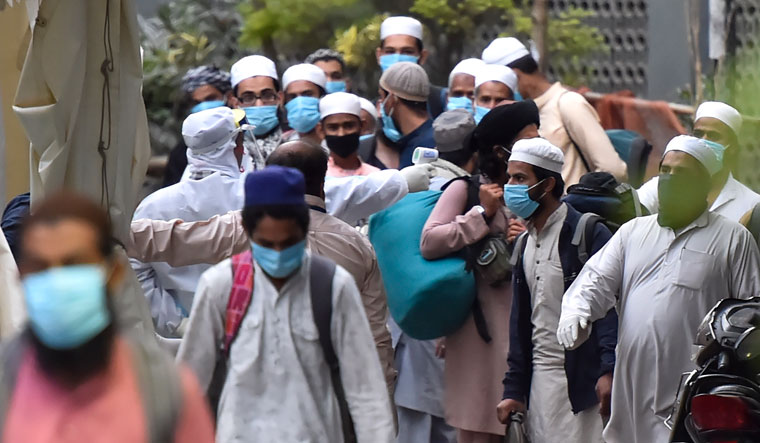 The Tablighi Jamaat is not only facing the heat in India. It has also been blamed for accelerating the spread of the coronavirus in Malaysia and Pakistan.

Another event, organised by the Pakistani Tablighi Jamaat, in Lahore between March 10 and 12, had been described as being a "super-spreader" of coronavirus. On Sunday, media outlets in Pakistan reported that about 20,000 people, who attended the Tablighi Jamaat event, had been quarantined and authorities were still searching for "tens of thousands more" participants.

Giving a provincial break-up of Tablighi Jamaat participants who were quarantined, Daily Times reported 5,300 preachers had been isolated in Khuber Pakhtunkhwa province, 7,000 in Lahore and 8,000 people in Sindh. Dozens were forced to go into self-isolation in Balochistan.

The Daily Times reported, "At least 154 worshippers who went to last month’s Jamaat had tested positive for coronavirus, with two fatalities".

Like the event in Delhi, several foreign nationals also attended the Lahore Tablighi Jamaat event. These included visitors from China, Indonesia and Afghanistan.

Two people who tested positive for coronavirus in Gaza were reported to have attended the Lahore Tablighi Jamaat event.

Meanwhile, the Pakistan government expects the number of coronavirus cases in the country to soar to 50,000 by April 25. This figure was revealed in an action plan document about fighting the coronavirus that was submitted to the country's Supreme Court last week.

Geo TV reported, "According to the breakdown provided in the report, around 7,000 cases of the total are expected to be critical in nature while around 2,500 could be a cause for concern. The government estimates that a further 41,000 cases could be of a mild nature."

As of Monday morning, Pakistan has reported 3,156 cases of coronavirus and 47 people have died of the virus so far.

Malaysia’s New Straits Times newspaper reported on March 17 that of the 673 coronavirus cases in Malaysia identified till them, two-thirds were linked to a Tablighi Jamaat event in Sri Petaling. The Sri Petaling Jamaat event, held from February 27 to March 1, saw participation by around 16,000 people, including 1,500 foreigners.

On Saturday, New Straits Times reported that of the 3,483 coronavirus cases reported in Malaysia, 1,545 (or about 44.36 per cent) were linked to the Tablighi Jamaat meeting. The Malaysian government described it as the largest coronavirus cluster in the country.

Dozens of people from Malaysia are believed to have attended the Tablighi Jamaat event in Hazrat Nizamuddin, Delhi.