China has reported 130 asymptomatic cases of COVID-19 so far 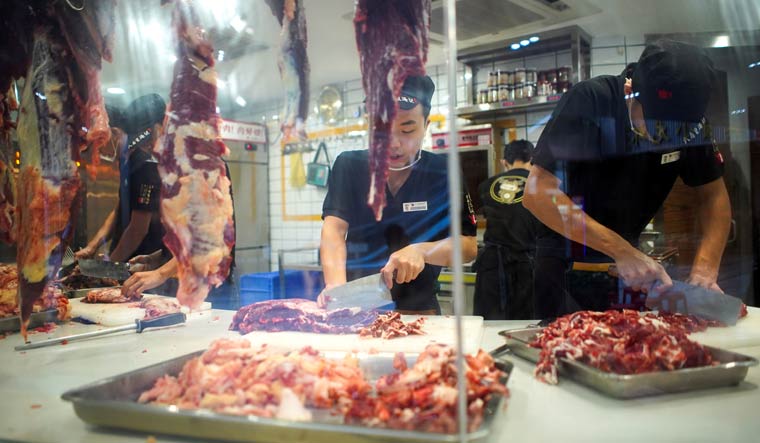 Shenzhen has become the first city in China to ban residents from eating dogs and cats. China’s wet markets selling dogs, bats and snakes reopened about 12 days after the mainland reported zero new cases of COVID-19.

The ban that would be enforced from May 1 onwards, extends to eating the meat of snakes, frogs and turtles. The COVID-19 pandemic outbreak, that cost around 47,000 lives around the world, originated in a wet market in Wuhan city of Hubei, where an infected bat passed on the virus to a 55-year-old man.

Animal activists had been demanding for years, that the Chinese government prohibit the consumption of the animals.

After the coronavirus pandemic started spreading havoc around the world, China’s top legislature on March 5 announced that it was banning the trade and consumption of wild animals and that the ban would be signed into law later in the year.

Post the pandemic, provincial and city governments have been moving to enforce a ban that prevents the consumption of meat from wildlife. But, Shenzhen has been most explicit in extending the ban, particularly to cats and dogs. "Dogs and cats as pets have established a much closer relationship with humans than all other animals, and banning the consumption of dogs and cats and other pets is a common practice in developed countries and in Hong Kong and Taiwan," the city government said in an order.

Liu Jianping, an official with the Shenzhen Center for Disease Prevention and Control was quoted by the state-owned Shenzen Daily saying, that the poultry, livestock and seafood available to consumers were sufficient, and, that there was no evidence that wildlife is more nutritious than poultry and livestock.