Tourism cancellation in Egypt has now reached 80 per cent 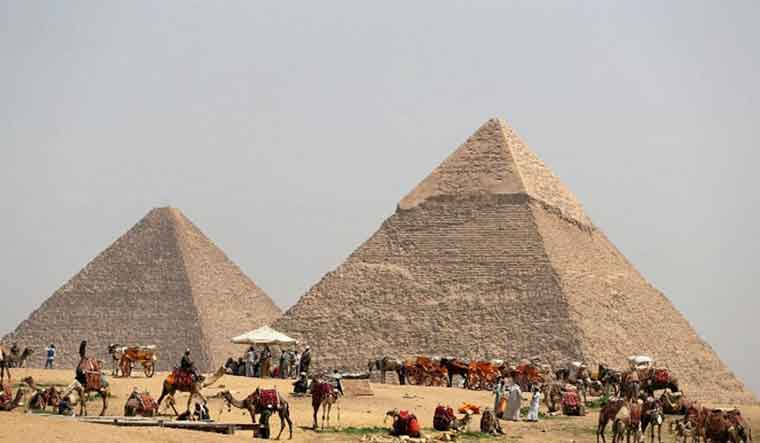 The Giza Pyramids Complex was fumigated as part of Egypt's efforts to prevent the spread of the novel coronavirus.

A group of six people equipped with masks, hazmat protection suits and industrial cleaning equipment sterilised the Giza Pyramids Complex. The act was part of Egypt’s disinfection efforts to prevent the spread of the coronavirus. According to Efe news agency, Khufu, Khafre and Menkaure pyramids were disinfected on Wednesday.

"We take advantage of this suspension to prepare the archaeological zone in terms of maintenance and restoration so that when tourism recovers, the area of the pyramids is in its maximum splendour to receive its visitors," Director-General of the Giza Plateau Ashraf Mohi al-Din said.

He added that the monument, one of the seven wonders of the world, has requirements for sterilisation, with specific material and will be carried out by a team of specialised restorers. “The current sterilisation is outside, of tourist routes, roads, buildings, and administrative facilities only,” Mohi al-Din said.

In most of the initial cases, the link-backs were traced to a cruise ship on the Nile. Foreign passengers on the ship as well as local crew on-board tested positive. The COVID-19 outbreak has taken a heavy toll on Egypt’s tourism industry. Tourism cancellation in Egypt has now reached 80 per cent.

Egyptian PM Mustafa Madbouly, on Tuesday, announced a night curfew in the country for two weeks. The decision was announced after the IMF (International Monetary Fund) warned that a shortage of medical supplies could affect Middle East’s poorest nations. The curfew will be from 7pm to 6am.

Schools and universities will be shut till April 12, but, grocery stores, bakeries and pharmacies will be excluded from the closure order.

All the people on board Nile cruises, including employees and tourists, underwent checks last week. According to the government, those who tested positive have been moved into isolation in hospitals.