He compared the Indian model of governance to the Chinese model 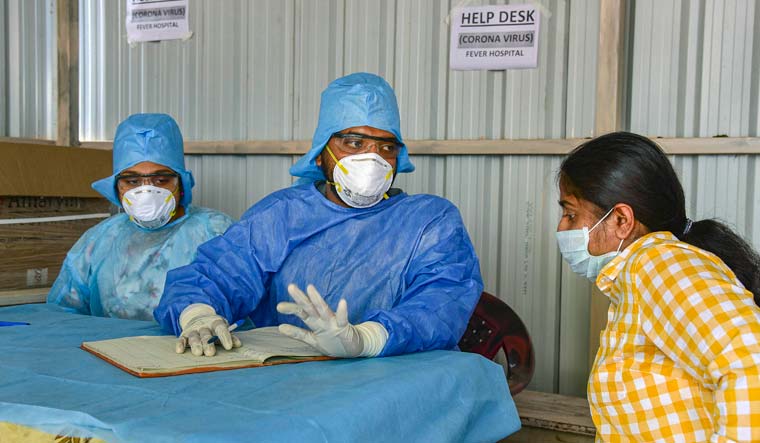 Representational image of screening for coronavirus in Hyderabad | PTI

Jim O’Neill, who chairs the UK-based think tank Chatham House, while commending the Chinese response to the coronavirus, said he felt thankful that the "virus didn't start in India".

"When China got hit with a crisis over the last 30 years—once they realized the scale of it, the system seems to be capable of dealing with it pretty quickly, relative to other places, and pretty decisively,” he said, reported CNBC.

“Thank God this didn’t start in somewhere like India, because there’s absolutely no way that the quality of Indian governance could move to react in the way that the Chinese have done, that’s the good side of the Chinese model, and I think you could probably say the same about Brazil too,” he said, according to the publication.

China had earned bouquets and brickbats in their response to the coronavirus. China had completely shut down and cordoned off regions where the coronavirus emanated, putting up hospitals and medical institutions in a short period of time. The WHO praised China for its transparent handling of the outbreak. But, some experts had criticised their delayed response to the outbreak. The situation should have been better if the control measures were taken earlier Zhong Nanshan, said a leading epidemiologist, who was also among those in the expert groups dispatched by the central government to the epicentre Wuhan. Zhong said three major coronavirus-related epidemics in the 21st century—SARS, MERS and COVID-19—had offered a lesson that countries should act quickly to prevent them from spreading further.

"The epidemic would have been much less severe if we took strict control measures in early December, even early January," Zhong said told the media. "We estimated that numbers of patients would surge to more than 100,000 if we took measures [such as city lockdown] after January 25," he said.

India has been facing a surge in coronavirus infections, with more than 60 cases so far, almost 15 of them tourists from Italy. India reported 10 new cases of the coronavirus on Wednesday, even as the country prohibited till March 31 entry of international cruise ships, crew or passenger with a travel history to coronavirus-hit nations. However, as per state health officials, the number of confirmed cases maybe up to 65.

Among the fresh cases, eight were from Kerala and one each from Delhi and Rajasthan since Tuesday, the Union health ministry said and gave state-wise breakup which included five (Delhi), nine (Uttar Pradesh), four (Karnataka) and two in Ladakh. While the Union ministry maintained that there are two confirmed cases of the infection in Maharashtra, the state health officials put the number to seven. Rajasthan, Telangana, Tamil Nadu, Jammu and Kashmir and Punjab have reported one case each. Kerala has till now reported 17 cases, including the three patients who were discharged last month following recovery.

India also shut down its borders, suspending all visas, except a few categories such as diplomatic and employment, till April 15 in a bid to contain the spread of the disease. The government also "strongly advised" Indians to avoid all non-essential travel abroad. The suspension will come into effect from March 13. Visas of all foreigners already in India remain valid. The decisions were taken at a meeting of a group of ministers held here under the chairmanship of Health Minister Harsh Vardhan.