US: Democratic hopeful Pete Buttigieg's last name is Arabic, so what? 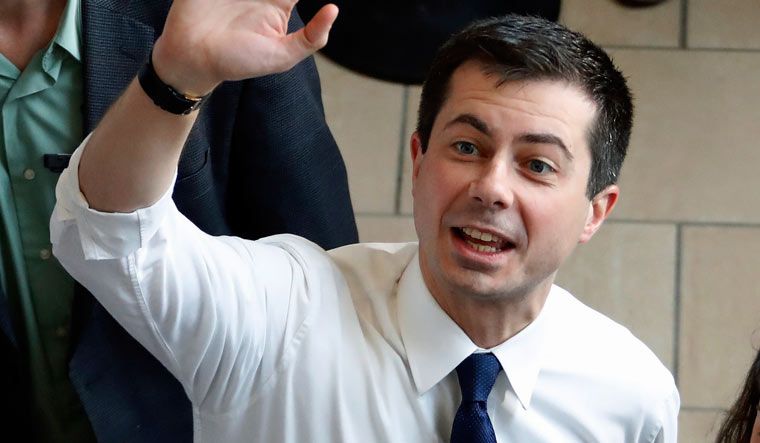 This has sparked a conversation about the Democratic election hopeful Pete Buttigieg on social media.

Buttigieg has never attempted to hide the fact that he is part Muslim. In fact, in his campaign outings, the 38-year-old openly gay former mayor of South Bend, Indiana has brought up religion during his campaign outings. He has proudly said that his mother is Christian and father Muslim, in one of his speeches.

“For all the ways in which faith and religion can divide people, it also has this unifying power,” he said at a campaign rally and has criticised Democrats for being allergic to discuss religion.

Buttigieg is a military veteran and a Rhodes scholar, and that has been working in his favour. As per data from polls such as Quinnipiac, Emerson and IBD/TIPP, Buttigieg comes in 4th in the Democratic race for being the presidential hopeful.

As to whether or not President Donald Trump will make something of it remains to be seen.

In fact, here are some replies Shams' tweet got “And Yang’s (Andrew Yang) last name is Asian. What’s the point? Why would anyone bring it up? Because Arabic is supposed to be bad?” wrote one user.

“Thanks for the lesson Alex. The Maltese must be pretty darn intelligent. Maybe that's why Pete is so good with languages. I wouldn't care if his last name translated to the father of a mule,” wrote another user.

“What's in a name! Except Trump means Fart,” yet another user wrote.