Iran president: European troops in Mideast may be in danger 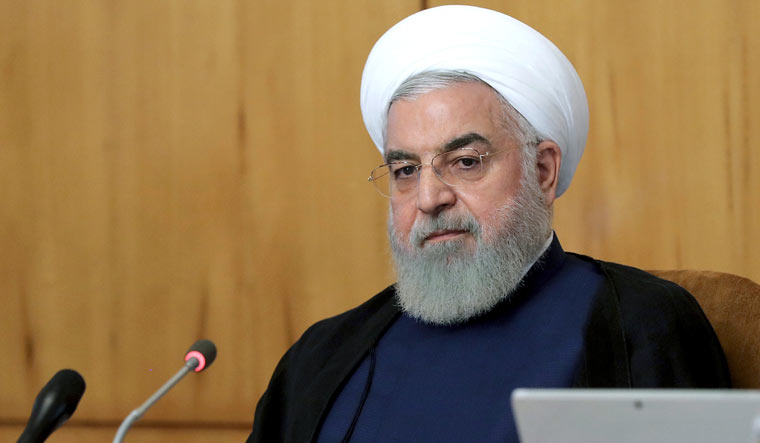 Iran's President Hassan Rouhani has sent outa veiled warning that European troops deployed in the Mideast might be in danger after Britain, France and Germany challenged Tehran over breaking limits of its 2015 nuclear deal.

Rouhani commented during a televised Cabinet meeting. This is the first time Rouhani has publicly threatened the European allies amid its tensions with the US.

Tensions that escalated after US President Donald Trump withdrew from the nuclear deal in 2018, took a turn for the worse when after an attack by Iraqi protestors, who sympathise with Iran attacked the US embassy, US killed Iran's top military commander General Qasem Soleimani in a drone attack on January 3.

On January 8, Iran retaliated by launching15 missiles onto an Iraqi base that hosts US military personnel. Again, on January 12, 4 rockets hit Iraqi military base that housed US personnel.

Iran's foreign minister Javad Zarif in the meantime has said that the existing nuclear pact isn't dead. But he also said that he was unsure whether or not the pact agreed by Trump would last. “The United States didn't implement...commitments, now it has withdrawn... I had a US deal and the US broke it. If I have a Trump deal, how long will it last?" he said. The US has reimposed economic sanctions on Tehran since 2018.

The US president said in a tweet he agreed with UK PM Boris Johnson on the need for a “Trump deal”. Iran is interested in diplomacy, but not for negotiating with the United States, Zarif said, adding the existing pact was among the “best deals” he could envisage.