'Pakistani military using US aid for genocide of Pashtuns' 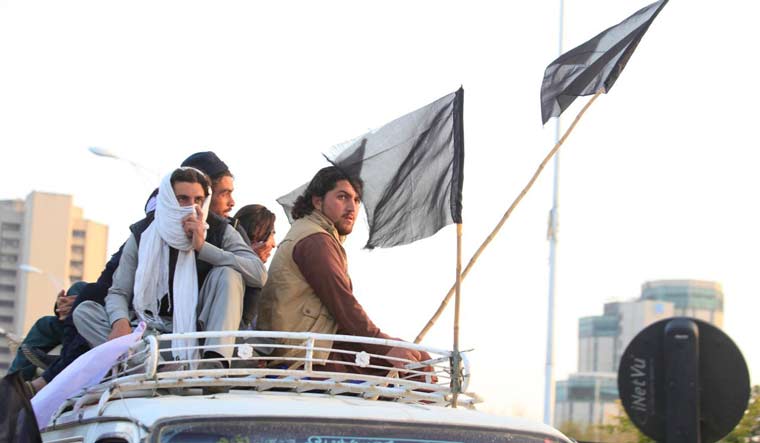 Imtiaz Wazir, former chairman of the Pakhtun Students Federation—a student wing of the Pashtun nationalist Awami National Party—hails from North Waziristan and has worked in Khyber Pakhtunkhwa and the Federally Administered Tribal Area (a semi-autonomous region in nothwestern Pakistan). Living in exile in Afghanistan for more than three years, he relocated to the UAE three months ago and has now applied for asylum in India. In an exclusive interview to THE WEEK, Imtiaz said Pakistan raised the Kashmir issue at United Nations General Assembly in September to divert public attention from genuine concerns of killings and enforced disappearances of ethnic and religious minorities in the country. He said these small ethnic and religious minorities in Pakistan stand by the Indian government and the peace loving people of Kashmir.

Excerpts from the interview

Is it the elite or the media in Pakistan who are obsessed with Kashmir while conveniently neglecting the Pashtun Genocide?

Of course, Pakistan and its media have been constantly talking on Kashmir and mourning the elimination of the special status of Jammu and Kashmir, which is aimed at diverting the public attention from their genuine issues comprising the state terrorism, inflation, poverty, political victimization on the name of accountability and, most importantly, the struggle of small nations in the country. Secondly, Pakistan is dreaming international interference and mediation on Kashmir. Moreover, Pakistan has been making attempts to fool a specific circle among the people of Kashmir by playing with their sentiments while pursuing its evil designs. As far as the small ethnic and religious minorities in Pakistan are concerned, we have strongly rejected the Pakistani state narrative on Kashmir and we stand by the Indian government and peace-loving people of Kashmir. We call upon the government leadership of India and Pakistan to discuss and resolve the Kashmir issue bilaterally.

Do you think the Pakistan narrative on Kashmir is being accepted globally?

Pakistan did not receive much traction for its shrill campaign on Kashmir and the majority of the Muslim world, especially Saudi Arabia and the United Arab Emirates, has thrown the Pakistani narrative into the dustbin. For now, we fear Pakistan will send a larger number of its terrorists to Kashmir after facing isolation in the region and world. So, the Indian government and the International Human family should stay vigilant and Pakistan must be held accountable for any unpleasant situations.

What is the situation of Pashtuns in Pakistan?

Conducting slow motion genocide of Pashtuns on the pretext of war on terror is the official policy of Pakistan, aimed at adding to our suppression and misleading the international community through its lies and deceits. Media is totally controlled and political parties are re-engineered in Pakistan. However, we have been urging the international human family, especially the United States, to press Pakistan to allow international human rights organizations and media outlets to inquire military atrocities, human rights violations and Pakistani state terrorism on Pashtun soil. Pashtuns are not terrorists. Terrorism and religious extremism are being imposed by the state of Pakistan and using our soil as a launching pad for bleeding the Afghanistan and the coalition forces. So, the US should immediately end its civil and military aid to Pakistan and terminate its designation as a major non-NATO ally. We claim that the Pakistani military has been using the US aid for the genocide of Pashtuns and other small nations in the country while terrorists are freely roaming and operating across the country. During the past 16 years, Pakistani military has ruthlessly killed at least 70 thousand Pashtuns and many more are forcefully disappeared. Pakistan Army has carried out a number of military incursions across the Pashtun belt and claimed elimination of terrorists and their networks at the end of every military operation, but the country's terror project and numerous terrorist groups including the notorious Haqqani Network, Jamaat-ud-Dawa and Lashkar-e-Taiba have yet to be ended.

Pakistani establishment accuses you of working with the NDS and elements in Afghan government to destabilise the peace in Pashtunistan? What is the truth?

My struggle and activism is totally political and peaceful. No doubt, I lived in exile in Afghanistan for more than three years and the government of Afghanistan provided me with shelter and food. I worked hard to get the Afghan government's support for my people. Historically, India has served as a friendly country to Pashtuns. My people and the Hindu community lived together in Waziristan and other Pashtun areas as good neighbors for long time. We are working on strengthening our mutual relationship to reach joint harmony.  Every one knows that the Pakistani establishment and its tools have constantly leveled baseless accusations against the Pashtun leadership since its unduly inception in 1947. Khan Abdul Ghafar Khan (Bacha Khan) and Khan Abdul Samad Khan Achakazai (Khan Shaheed) were labeled as agents of India and Afghanistan. Khan Abdul Wali Khan, Asfandyar Wali Khan and Mahmood Khan Achakazai are called traitors. Today, the PTM leadership is also in the storm of various allegations. Similarly, I am also labeled as an NDS operative. NDS is a national security institution of Afghanistan. We respect it and wish it more strength, discipline and patriotism. As far as the allegations leveled by Pakistan are concerned, I reject them completely. I am neither an agent of NDS nor its operative. We are political people. Prior to this, the Pakistani state apparatus and its war proxies accused me an agent of the West when I was a leader of the Pashtun Students Federation in Khyber Pakhtunkhwa. I am sure Pakistan will label me an agent of RAW and CIA after visiting India and the United States. We don't care about it.

Do you think the return of the Taliban will bring more violence to KP?

Restoration of Taliban across the Pashtun belt in Pakistan is in progress. The Afghan Taliban and the Haqqani Network are freely operating and new offices are recently opened to 'Good Taliban' in various districts of Khyber Pakhtunkhwa and Balochistan. Seemingly, Pakistan Army is working on another proxy war. Recruitment and training of Taliban is on full swing. We fear the Pakistani military will unleash unaffordable violence on civic rights movements while using their proxies after the withdrawal of the US troops from Afghanistan. Taliban and the Pakistani military will definitely accelerate their terrorism with an aim to silence our voices for legitimate rights. However, elimination of the civic rights movements and the Pashtun nationalist political parties would remain a dream. The possible violence to be stormed by the Pakistani military and their proxies will add to changing our people's loyalties to Pakistan and religious extremism. Moreover, this new proxy war should lay the ground for international community's intervention in Pakistan to eliminate terrorism and provide the long suppressed ethnic and religious minorities with a fundamental right to decide their fate on international forums.