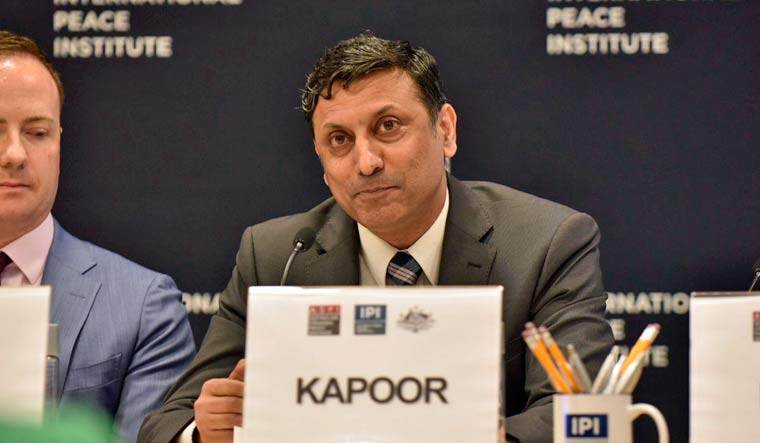 India has voiced "serious concern over compromises being made in peacekeeping operational issues to reduce costs and stressed the need to develop a culture of no national caveats in the UN peacekeeping.

Peacekeeping is a multistakeholder enterprise available to the UN for the maintenance of international peace and security, Military Adviser in India's Permanent Mission to the UN Colonel Sandeep Kapoor said.

Speaking at the General Assembly debate in the Fourth Committee on 'Comprehensive Review of the Whole Question of Peacekeeping Operations in all their Aspects', he voiced India's serious concern over instances of compromise in peacekeeping operational issues to reduce costs.

"This will have a direct bearing on the safety and security of peacekeepers," he said, citing the example of one peacekeeping mission, where in order to save money, it was decided there will not be any overlap between the incoming and outgoing troops.

"This would mean that the incoming troops will have no first hand understanding of the existing operational situation, thereby impacting the implementation of the mandate," Kapoor said.

He also stressed that the impact of caveats on performance cannot be ignored.

"There is a need to develop a culture of no national caveats in the UN peacekeeping," he said.

Taking note of reduction of pending arrears to troop and police contributors, he said while there has been considerable progress in addressing the pending issues of delayed payments, it needs to be further addressed, especially those related to Closed Peacekeeping Missions.

He also pointed out that policy documents prepared by the UN Secretariat, particularly the Department of Policy Evaluation and Training (DPET) play a major role in the day-to-day functioning of peacekeeping operations.

Yet, the consultation process in preparing some of the policy documents is not broad-based and only select Member States are approached in the last stage of document finalisation, he said.

"The Secretariat should engage with all the stakeholders from early stages in the preparation of all policy documents. This would bring in transparency to the process and also create value addition by bringing in best practices from the stakeholders' experiences," he said.

He cited an example where member states were asked to reproduce older communications of over a decade or longer, which ideally should have been available as part of the UN system.

He recommended that peacekeeping structures in the Secretariat should have a proper record keeping and maintenance, particularly related to pending issues, adding that the newly-formed Uniformed Capability Support Division should be more proactive.

He reaffirmed India's commitment to the Secretary General's Action for Peacekeeping (A4P) including the recent A4P Champions initiative by the Secretariat.

The issue of medical capabilities in all missions need to be paid serious attention. While appreciating steps taken such as life-saving first-aid training and innovative ideas like tele-medicine, he said these measures by themselves do not fill the medical gaps in the Mission.

"My delegation would again request for a comprehensive medical mapping exercise of all Missions," he said.