The Taliban commanders were captured in 2014 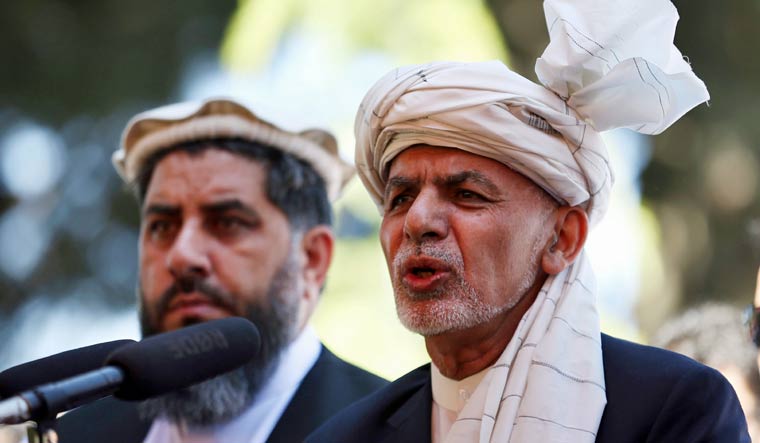 Afghan President Ashraf Ghani said, "We have decided to conditionally release three Taliban prisoners who were arrested outside the country with the help of our international partners and have been in Bagram prison in the custody of the Afghan government for some time."

The three high-ranking Taliban prisoners would be released, as talks press on to free two Western professors kidnapped by the militant group in 2016. Ghani announced the presidential palace.

US Ambassador to Kabul, John Bass, said that the US welcomes this decision by the Afghans as an “overwhelming desire for peace”. The fate of the Western hostages — an Australian and an American were not specified by Ghani. He, however, said that “their health has been decorating while in the custody of the terrorists".

Anas Haqqani, Haji Mali Khan and Hafiz Rashid, three Haqqani Network commanders, will be released in exchange for the release of two Haqqani-held professors who were abducted while working for the American University of Afghanistan (AUAF).

“This is the latest in a series of courageous steps that President Ghani and the Afghan government have taken to respond to the Afghan people’s overwhelming desire for peace,” Bass said.

Afghanistan has decided to release Taliban commanders to swap for the prisoners in hope of securing direct talks with the Taliban, which has hitherto refused to engage with what it calls an illegitimate "puppet" regime in Kabul.

The current move comes at a time when efforts were being made to revamp peace talks between the US and Taliban. US President Trump, in September, had declared that the talks are 'dead', after the Taliban claimed responsibility of an attack in Kabul early in the month, in which an American soldier was among the dead.

Even then, complications exist, as Taliban negotiators are in conflict with shura or the Council leaders who, several months earlier had opposed an offer by Mullah Abdul Ghani Baradar, the chief negotiator and co-founder of the Taliban, to give the Americans 14 months to withdraw their roughly 14,000 troops from Afghanistan.

Pakistani Prime Minister Imran Khan during a three-day visit to Washington in July said that he would do his best to help release the American University professors. Exchange of the prisoners was discussed by an Inter-Services Intelligence (ISI) spy agency delegation who met with Afghan officials on Monday.

Afghan officials said the next round of talks between the Taliban and Afghan representatives is slated for this month in Beijing.