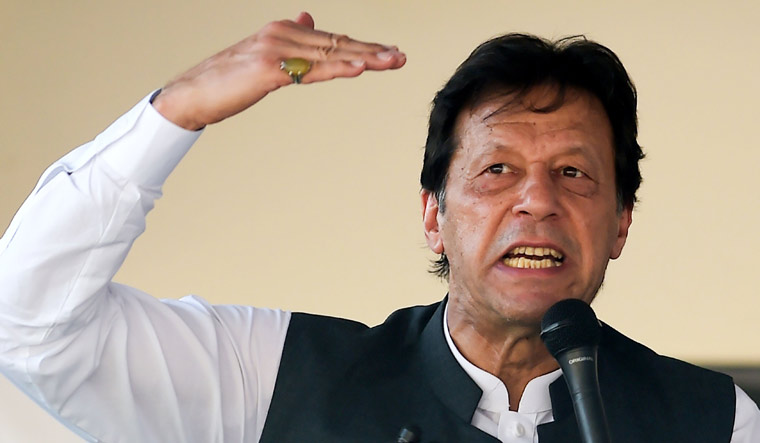 In an interview with Al-Jazeera on Sunday, Pakistan Prime Minister Imran Khan warned that a war with India over Kashmir was a possibility, highlighting that if Pakistan were to lose in a conventional war, it would fight to the death as a nuclear-armed nation.

“Eight million Muslims in Kashmir are under siege for almost now six weeks. And why this can become a flashpoint between India and Pakistan is because what we already know India is trying to do is divert attention from their illegal annexation and their impending genocide on Kashmir," Khan said.

He said that Pakistan would never start a war against India, that he was anti-war and a pacifist, and that wars do not solve problems. But, he then warned that "When two nuclear-armed countries fight, if they fight a conventional war, there is every possibility that it is going to end up into nuclear war.”

Khan added, "If say Pakistan, God forbid, we are fighting a conventional war, we are losing, and if a country is stuck between the choice: either you surrender or you fight till death for your freedom, I know Pakistanis will fight to death for their freedom. So when a nuclear-armed country fights to the end, to the death, it has consequences."

Khan then highlighted that this was the reason Pakistan had been taken the Kashmir issue to international forums, adding that there was "no question of talking to the Indian government right now" in the wake of India's actions in Kashmir.

The nuclear rhetoric between India and Pakistan has ramped up in the wake of the abrogation of articles 370 and 35A, as ties between the two grow more strained.

In September, Pakistan’s military spokesperson Major General Asif Ghafoor told the media that Pakistan did not have a ‘no first use’ policy and that its nuclear weapons were for deterrence. Earlier, in August, Defence Minister Rajnath Singh said that India’s ‘no first use’ policy could change in the future.

Pakistan had raised the Kashmir issue at the 42nd session of the United Nations Human Rights Commission, which India countered by calling the matter a 'sovereign' one, rejecting Pakistan's charges as concocted. India used the platform to highlight Pakistan as the 'epicentre of global terror'.

In the interview with Al Jazeera, Khan said that he had not spoken to China about the situation of the Uyghur Muslims, over a million of whom are believed to be detained in ‘re-education’ camps in China’s Xinjiang province, saying that he had been too busy with India, Kashmir and other issues since coming to power. He added, however, that China remains the ‘best friend’ of Pakistan.

A planned march by some political and religious parties in Pakistan towards the Line of Control with India has been postponed after Prime Minister Imran Khan asked them to postpone it till his address at the UN General Assembly on September 27 during which he is expected to raise the Kashmir issue.

Dawn reported that the decision was taken by a committee comprising heads of political and religious parties of Pakistan-occupied Kashmir (PoK).